The Irony of Socialists Calling for Abolishing Prisons

Prisons are a staple of socialist political and economic systems, and always have been. 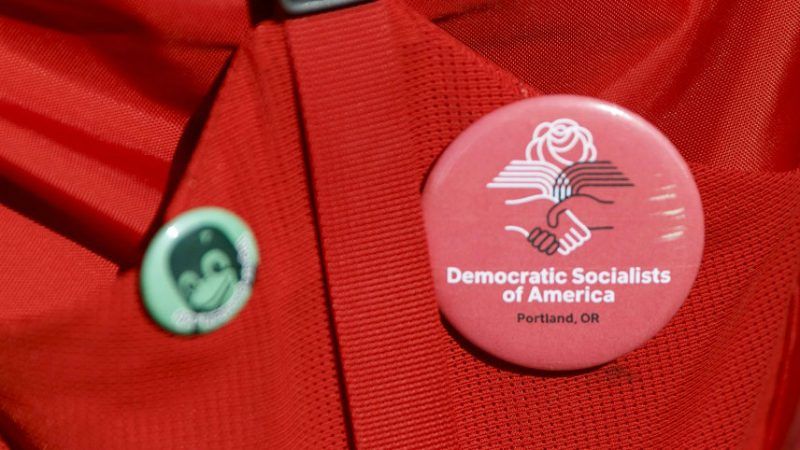 Sure enough, the Boston Chapter of the Democratic Socialists of America has a "Prison Abolition Working Group" that meets monthly. The national DSA Twitter account has tweeted "we need to abolish the prison system." A resolution favoring the abolition of prisons reportedly passed last year at the DSA's annual convention.

The Times report, which came in the form of a news article about increasing numbers of Democratic candidates embracing the socialist label, made me chuckle.

The chuckle wasn't about the adverse political consequences this platform might have for the socialists. Those consequences will become clear once their opponents begin talking about the risks of violent rapists, murderers, wife beaters, and terrorists who now populate our prisons being unleashed on American cities. It would be an invitation to update attacks of the sort that were leveled back in the 1980s against Michael Dukakis for having furloughed Willie Horton.

The chuckle wasn't even about the irony of the history of socialists and prisons. In the 20th century the socialists were responsible for two of the most vast prison systems in world history—the concentration camps of the National Socialists, or Nazis, of Germany, and the Siberian gulags of the Union of Soviet Socialist Republics. Now that socialists are out of power, they want to abolish prisons here in 21st century America? They might be arriving a bit late to the issue.

No, what really got me smiling was the theoretical challenge. How can one imagine a socialist state without prisons? I mean, I can understand the tactical benefit of emptying out the prisons during a revolutionary period, the way that, say, the Bolsheviks released criminals from Tsarist prisons about a century ago to advance their communist coup.

Once a socialist state is up and running, though, some sort of prison system is necessary. How else to enforce the confiscatory taxation necessary to pay for a vast welfare state in an economy with the inefficiency of socialism? Liens, payroll withholding, fines, and asset forfeiture can only get a government so far.

Socialist wage and price controls often spawn a black market. How is the government supposed to prevent smuggling of goods, bartering, or off-the-books labor without being able to punish violators with prison?

People who are unlucky enough to be stuck in socialist countries sometimes realize that things would be better with more freedom and competition. They start to agitate for political and economic change. The socialists often respond by throwing those dissenters in jail.

Eventually some of the dissenters give up on changing their socialist countries and decide they are better off just leaving. Socialist countries sometimes imprison the people who try to leave or who organize others to escape. Such prisons may even be preferable to the alternative of shooting people in the back as they try to exit, say, East Germany, North Korea, or Cuba.

The socialists may complain that those were, or are, Communist countries, not socialist ones. Fair enough. But socialist countries without prisons turn out to be scarce verging on nonexistent—as rare as a McDonald's without arches. Even the Indian state of Kerala, which is often touted as a kind of progressive utopia, has prisons. So does Vermont. So does Mayor Bill de Blasio's New York.

The sad thing about the socialist push is that it arrives at a moment when there's a real opportunity for bipartisan progress on prison reform. President Trump has been emphasizing the need to improve re-entry programs. At a White House meeting on the topic earlier this year he called prison reform an "important topic."

"My administration is committed to helping former inmates become productive, law-abiding members of society," Trump said, talking about the need to break the cycle of recidivism.

Reducing prison populations might be an achievable, even desirable goal. Improving prison conditions and emphasizing rehabilitation might also be achievable goals. But abolishing prisons entirely seems like a real stretch, at least without resorting to increases in capital or corporal punishment.

At a minimum, eliminating prisons is inconsistent with the rest of the socialist program. Without prisons to quash dissent, enforce government monopolies, prevent competition, take away people's property, compel compliance, and keep people from leaving, socialism might begin to resemble capitalism, or freedom. A prison-free "socialism" might be the only kind that is non-socialist enough actually to work.