As is often the case, the call for regulation is coming from a business competitor. Users should beware. 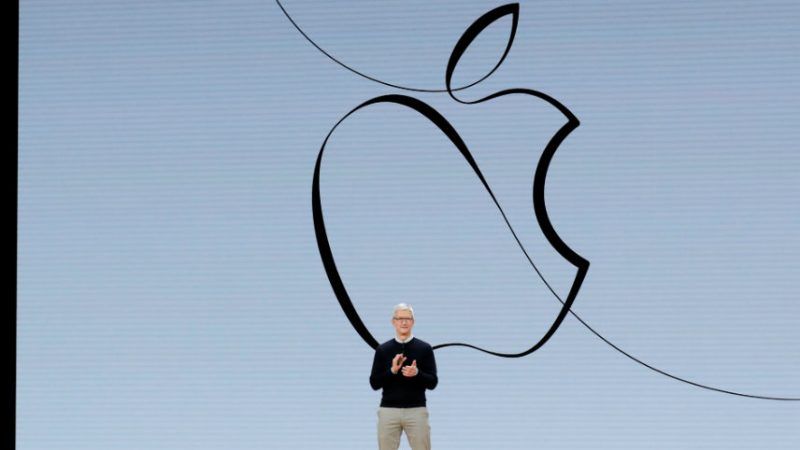 Apple CEO Tim Cook has "doubled down" on his call for increased government regulation of Facebook, Recode reports, teasing an interview with Cook that will air Friday April 6 on MSNBC.

Cook had already publicly called for a government crackdown on Facebook once before, telling an audience in Beijing, according to Bloomberg News, "I think that this certain situation is so dire and has become so large that probably some well-crafted regulation is necessary."

It's an illuminating situation in many respects.

As is often the case, the call for regulation is coming from a business competitor. Apple had negotiated agreements with Google, Adobe, and Pixar not to have recruiters cold-call their employees. It is not known to have had any such non-solicitation agreement with Facebook; the companies compete for employee talent.

Facebook's WhatsApp and Messenger messaging programs compete with Apple's iMessage instant messaging system. Facebook even reportedly considered developing and selling its own Facebook-branded smartphone, which would have been a direct attack on Apple's lucrative iphone business.

As also is often the case in situations where more regulation is being demanded, there's plenty of regulation already in existence. Online privacy is governed by the Electronic Communications Privacy Act of 1986 and by the Children's Online Privacy Protection Act of 1998. Facebook was already operating under the terms of a 2011 settlement with the Federal Trade Commission, reached when the FTC found the company violating the terms of the Federal Trade Commission Act of 1914.

And those are just the American laws at the federal level. Facebook is also subject to the rules of all the foreign countries in which it operates, of the European Union, and of the individual 50 states and their politically ambitious and litigious attorneys general.

Maybe the problem isn't that there aren't enough pages of laws or rules. Actually the volume of regulation seems to grow inexorably, together with the budgets of the bureaucrats charged with enforcing them, so much so that when a rare politician comes along to attempt merely to reduce the rate of growth, a great panic predictably follows.

Cook himself conceded in the Recode/MSNBC interview, "I think the best regulation is no regulation, is self-regulation…However, I think we're beyond that here."

Give Cook some credit for acknowledging that self-regulation is better than government regulation. Free market capitalism contains within it powerful incentives for firms to behave themselves. If they don't, customers will choose to take their business elsewhere, to more honest operators.

The stock market is also a strong regulator. Some of the decline in Facebook's market capitalization in recent months involves the calculations of investors betting not on the amount of fines Facebook might have to pay or legal and lobbying costs it might incur, but on the way that diminished user trust makes the company less valuable.

Where Cook is off-base, though, is in claiming that no-regulation, or self-regulation, is what was tried in Facebook's case. There is plenty of regulation already. Rather than protecting customers, it just creates work for lawyers and "compliance" departments.

The reason Facebook is worth hundreds of billions of dollars is that the personal data users provide makes it an incredibly efficient way for businesses to reach potential customers.

My Sunday print newspaper is full of ads for things I don't want to buy. I'm a Jew with no pets, but the supermarket ads are featuring Easter ham and the pet food companies are sending me dog-food coupons. That's wasteful.

The first ad in my Facebook feed, though, is for Brooks Brothers dress shirts that I've ordered in the past and conceivably might want to buy again. That personalization is valuable to the ad buyers, who are no longer spending money advertising things to me that I am not going to buy. It's also valuable to me, because I have to spend less time flipping, or clicking, through irrelevant ads.

If Apple could make my iphone free, instead of $1,000, by showing me well-targeted ads, that's a deal I might take. Amazon did a similar hardware deal when it made a Kindle tablet that showed ads and sold it to consumers for a lower price than the ad-free tablet.

If it's not a deal that Cook wants to offer, fine. But his comments raise the threat that the government will impede other companies, like Facebook, that do offer a version of that deal. "Well-crafted regulation" of the sort Cook seeks is elusive enough to be almost an oxymoron. More common is clumsiness and unintended consequences. If you think Facebook is bad now, just wait until Washington gets done fixing it.