Government Wants Our Trust, but Where's the Accountability? 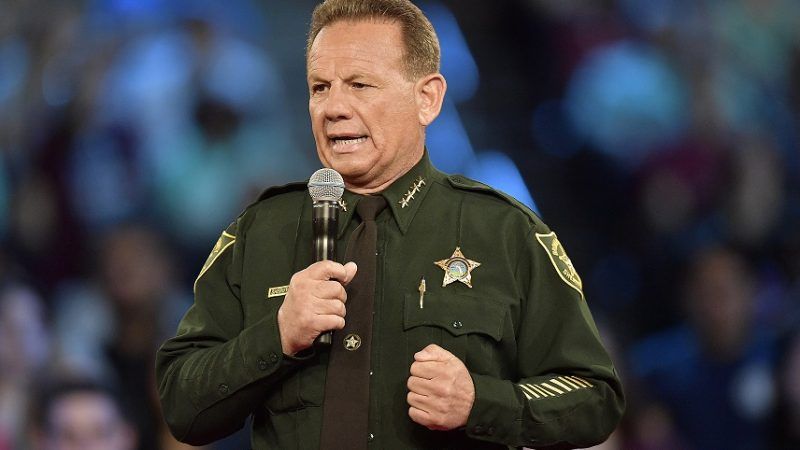 The school shooting in Parkland, Florida, is heartbreaking but increasingly infuriating, as we endure a sea of excuses from Broward County's law enforcement officials. The glib Sheriff Scott Israel has been ubiquitous on television, where he's complained about a lack of police power to detain people and called for tougher gun control. But one thing is missing from his tiring shtick: any personal responsibility for his own department's failures.

Israel's interview with CNN's Jake Tapper was something to behold—even for those of us who have spent careers writing about the antics of public officials. Tapper, who had pointed to the many "red flags" about the alleged killer, asked if the shootings might have been avoided if the sheriff's department had done things differently. Israel's answer: "If ifs and buts were candy and nuts, O.J. Simpson would still be in the record books."

What does that mean? Tapper had no idea, either, and then pressed Israel again. "We understand everything wasn't done perfectly," the sheriff added, in what has to be the understatement of the decade. He had boasted of his "amazing leadership" and the fabulous achievements in the sheriff's department—and said there wasn't anything he could do about his deputy who didn't enter the building. He had training, after all.

That deputy, Scot Peterson, didn't admit responsibility, either. A statement from his attorney complains that Peterson, who has since resigned, has been maligned by the sheriff and says he thought the shots were coming from outside and "took up a tactical position." The statement noted: "Let there be no mistake, Mr. Peterson wishes that he could have prevented the untimely passing of the 17 victims on that day, and his heart goes out to the families of the victims in their time of need."

Gag. I understand all those pointless shipments of "thoughts and prayers" from people who can't do much other than offer their best wishes to the grieving families of the murdered students and faculty at the high school. But my "heart goes out to the families" doesn't quite cut it from the armed deputy who was assigned to protect the people in the school.

That was far from the only miscue. For a reminder, CNN reports that three other deputies allegedly "had their pistols drawn and were behind their vehicles, the sources said, and not one of them had gone into the school." The sheriff's office says that it is still investigating the veracity of that claim, which reportedly came from a police department.

The Broward County Sheriff's Office was warned repeatedly about the shooter—and the FBI even got a call to its tip line in January fearing that the gunman might "explode" and go heading "into a school and just shooting the place up." Social-services authorities also were called to his house. The sheriff's office issued a prickly statement insisting that the media stop reporting that it was called to the shooter's house 39 times, when it was only 23 times.

But Newsweek reports that despite the department's claim, "Public records now reveal that 45 calls were placed to the sheriff's office in south Florida." Whatever the exact number, when the sheriff's best argument is that he was called fewer times than reported, that might be the sign of a problem within that organization, no? Bureaucratic butt-covering has to be expected in such situations, but I've covered enough government scandals to know that few if anyone will face any serious repercussions. At worst, some folks might retire early with full benefits.

In a scathing editorial called "Broward's Cowards," National Review argued that Israel should resign given the "comprehensive" failure of his department. That's a good point, of course. But the issue goes beyond one sheriff and his department. This was a widespread failure of the entire system designed to protect the public. Only the most naïve people would believe that the system works much better elsewhere.

Police claim a "monopoly of violence," which is political-science-speak for the exclusive right to enforce the laws. Broward County residents cannot fire their sheriff's department, although they can perhaps fire the sheriff during the next election cycle and hope the next one isn't a buffoon. But there's no real accountability when the government fails.

Police responses to mass shootings have long been debated, with critics still wondering about the slow response times and lack of quick engagement with the shooter at a variety of horrific incidents over the decades. At the Pulse club massacre of 49 people in Orlando in June 2016, it reportedly took three hours before the SWAT team made a direct assault on the shooter.

Sheriff Israel has at least become a public face to put on the debate about gun control. The bottom-line question is simple: Do you trust him—and others like him—to protect your safety, or would you like to remain free to have a back-up plan?