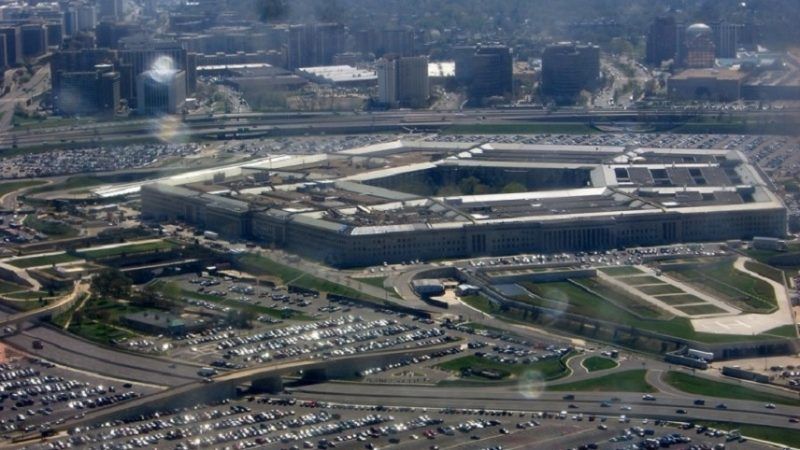 "Keeping track of the people's money," Sen. Chuck Grassley (R-Iowa) has mused, "may not be in the Pentagon's DNA." And last Monday's Politico report on the audit results for a Pentagon division, the Defense Logistics Agency (DLA), is unlikely to raise his hopes.

The DLA, which Politico describes as "the Walmart of the military," does not know what happened to more than $800 million U.S. taxpayer dollars. The money is thought to have gone to construction expenses, but there is no documentation to that effect. Worse yet, the loss apparently did not come as a surprise to the auditors, who reportedly warned that "across the board," the agency's "financial management is so weak that its leaders and oversight bodies have no reliable way to track the huge sums it's responsible for," sums like a budget of $40 billion per year.

Such stories of Department of Defense (DOD) waste and irresponsibility are a dime a dozen—this is, after all, the department of the infamous $640 toilet seat and the $435 hammer.

A Government Accountability Office (GAO) study in 2015, for example, found the Marine Corps could not account for the same whopping sum of $800 million. Even more appalling, the Pentagon lost track of $45 billion—one-third of its entire reconstruction budget—in Afghanistan between 2002 and 2015.

Also in Afghanistan, in 2010, a McClatchy investigation found, the DOD concealed bad spending by simply deciding that any result of a major expenditure was an acceptable result: "Rather than scrap a project that's failing, the government sometimes rewrites the contract to require only the work that's been done and declares the effort a success." In Iraq in 2004, the military spent $75 million to build a police academy. By 2006, it became evident "the building was so poorly constructed that feces and urine rained from the ceilings in student barracks," with one room so perpetually wet it was nicknamed "the rain forest."

These fiscal failures are not anomalies. Again and again, the military has sunk billions into weapons systems that were never used while maintaining an enormous and costly facilities surplus because Congress prohibits downsizing through a new round of Base Realignment and Closure (BRAC) even though Defense Secretary Mattis has pleaded for it. A comprehensive Reuters probe in 2013 found some "$8.5 trillion in taxpayer money doled out to the Pentagon since 1996 … has never been accounted for. That sum exceeds the value of China's economic output [for 2012]." It also exceeds $26,000 from every person in America—and it seems safe to assume that number has only increased in the five years since.

It is against this stunning backdrop of waste that the Defense Department is about to get even more money. President Trump signed a $700 billion military budget in December, and assuming Congress eventually gets its spending negotiations settled, the Pentagon will be able to lose money at record levels. For 2019, Trump wants to hike that budget yet again.

This is madness. The DLA is responsible for less than 6 percent of that $700 billion, and it just got caught wasting $800 million. Imagine what is being wasted in the other 94 percent of the DoD. We gloss over these astronomical figures when the Pentagon is involved, but $800 million is a lot of taxpayer money. It is hundreds, maybe thousands, of times more money than you or I will ever see in our entire lifetimes. And that is the waste of just one small portion of the military bureaucracy.

We don't know the full extent of Defense Department waste because the Pentagon's first full audit (of which the DLA inspection is a portion) is still underway. All federal agencies have been subject to mandatory annual audits for more than two decades, but the DoD has avoided this basic accountability measure until now.

As a DLA statement for the Politico story noted, it is to be expected that these first-year audit results will not be good. We already know the Pentagon's books are a mess, so there is no reason to be surprised when auditors demonstrate exactly that. As the DLA representative said, "The key is to use auditor feedback to focus our remediation efforts and corrective action plans and maximize the value from the audits."

Like any other agency of the federal government, the key is not simply to paper over deep mismanagement problems with so much funding that the Pentagon feels little urgency to fix itself. Without accountability, this type of mismanagement will continue.

We can tell from these preliminary results and the patchwork of past exposés of fiscal mismanagement that the Pentagon has more money than it needs to meet current policy benchmarks. In other words, even before we address whether our foreign policy is what it ought to be—even before we ask whether our military needs to be doing everything it currently does—we already know the Pentagon has money to waste. We know because it being wasted right now.

To give the Defense Department more money without making sure the waste is addressed is foolish and strategically unwise.