Jacob Sullum | From the February 2018 issue 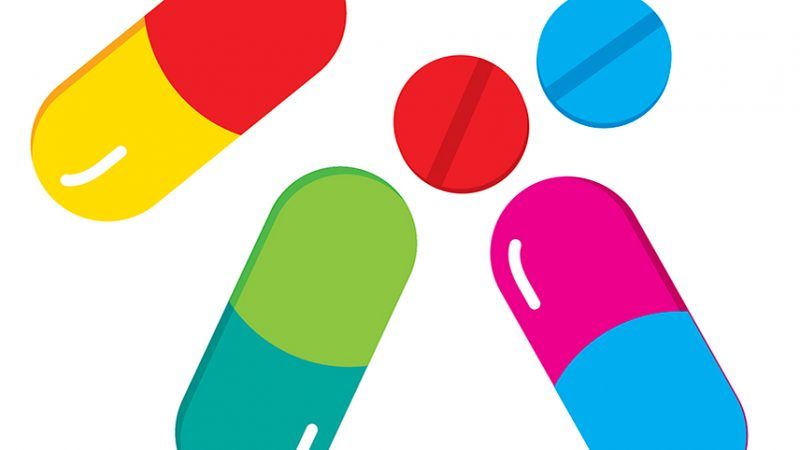 Chris Christie, the outgoing governor of New Jersey, has repeatedly told the story of a law school classmate who died of an overdose after getting hooked on oxycodone prescribed for back pain. A recently released final report from the President's Commission on Combating Drug Addiction and the Opioid Crisis, which Christie chaired, wrongly implies that such cases are typical.

"A widely held and supportable view is that the modern opioid crisis originated within the healthcare system," the report says; the problem began with "a growing compulsion to detect and treat pain."

According to this narrative, doctors in the late 1990s began to underestimate the risk of addiction and overdose among patients prescribed narcotics for pain. Responding to advocacy on behalf of pain patients and deceptive marketing by drug companies, they supposedly began prescribing opioids left and right, leading to a surge in "iatrogenic addiction" (addiction caused by treatment) and overdose deaths.

To correct that disastrous mistake, the Christie commission says, doctors need to worry less about the suffering caused by untreated pain and more about the dangers posed by painkillers. But that conclusion is fundamentally misguided, because the commission's explanation is wrong in several crucial ways.

Opioid addiction and opioid-related deaths typically involve multi-drug users with histories of substance abuse and psychological problems, not drug-naive patients who accidentally get hooked while being treated for pain. Attempts to prevent overdoses by closing off access to legally produced narcotics make matters worse for both groups, depriving pain patients of the analgesics they need to make their lives bearable while driving nonmedical users into a black market where the drugs are more variable and therefore more dangerous.

As Nora Volkow, director of the National Institute on Drug Abuse, noted in a 2016 New England Journal of Medicine article, "addiction occurs in only a small percentage of persons who are exposed to opioids—even among those with preexisting vulnerabilities." A 2010 review found that less than 1 percent of patients taking opioids for chronic pain experienced addiction. A 2012 review likewise concluded that "opioid analgesics for chronic pain conditions are not associated with a major risk for developing dependence." Volkow found that "rates of carefully diagnosed addiction have averaged less than 8% in published studies."

The risk of fatal overdose is even lower. A 2015 study that had followed pain patients treated with narcotics for up to 13 years found that one in 550 died from an opioid-related overdose, which is a risk of less than 0.2 percent. A study of opioid-related deaths in North Carolina found 478 fatalities among 2.2 million residents who were prescribed opioids in 2010, making the annual rate 0.022 percent.

The risk of addiction and overdose is not random. A 2012 study of opioid-related fatalities in Utah found that 61 percent of the decedents had used illegal drugs, 80 percent had been hospitalized for substance abuse (including abuse of alcohol and illegal drugs as well as prescription medications), 56 percent had a history of mental illness, and 45 percent had been hospitalized for psychiatric reasons other than substance abuse.

The vast majority of opioid-related deaths—more than 90 percent, according to data from New York City—involve combinations of substances. For the most part, people are not dying simply by taking too many pain pills. Even Christie's friend washed down his Percocet with vodka.

If the aim is reducing deaths from drug poisoning, there is not much logic to making prescription analgesics even harder to obtain, as the Christie commission recommends. According to a 2016 analysis of opioid-related fatalities in Massachusetts, just 8 percent of the decedents "had an opioid prescription in the same months as their deaths." Prescription opioids were the deadliest drug in just 5 percent of the cases, while 85 percent involved heroin and/or fentanyl.

The crackdown on prescription opioids already has left many patients without the medication they need to keep agony at bay, driving some to suicide. "There are many pain clinics flooded with patients who have been treated previously by their primary care physician," says Jianguo Cheng, president-elect of the American Academy of Pain Medicine, who says the refugees include patients who have responded well to opioids for years.

"If they go through with those recommendations," one such patient tells me, "I may as well drive my car off a cliff."