Some of Trump's economic policies could be good for everyone, including African Americans. But those numbers aren't his doing. 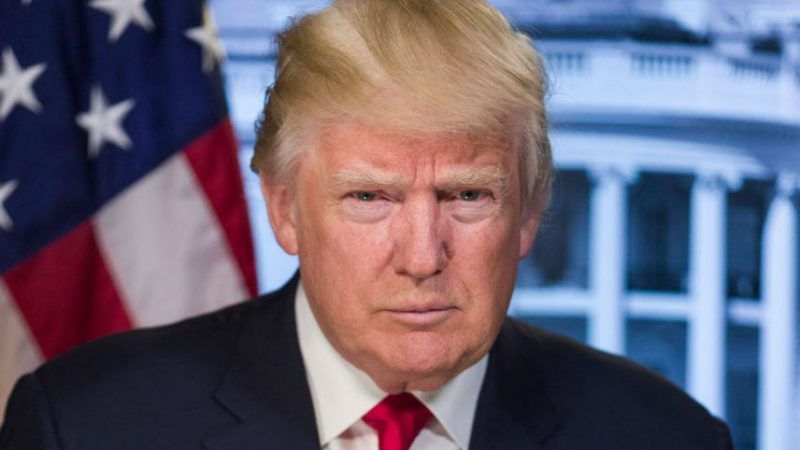 "Something I am very proud of, African-American unemployment stands at the lowest rate ever recorded," said Donald Trump in tonight's State of the Union address.

Earlier this week, the president took full credit, demanding: "Somebody please inform Jay-Z that because of my policies, Black Unemployment has just been reported to be at the LOWEST RATE EVER RECORDED!" He made a similar claim at Davos last week as well.

Trump's not alone in this: presidents love to project economic omnipotence and take credit for anything good that takes place under their administrations. And presidents do have the power to influence the economies of the countries they preside over. But the connection between Oval Office action and the movement of major economic indicators like unemployment or GDP is rarely as direct as presidents would like to claim, and certainly not as direct as Trump has made a habit of claiming in the run-up to the State of the Union.

The core fact in his black unemployment claim is true: it is currently the lowest it has ever been, at 6.8 percent. But that low is part of a roughly linear trend that goes back to about 2010, making it unlikely that anything Trump has done since he took office is primarily responsible for the figure.

But the long-term trend of decreasing black unemployment is a reminder that catering to specific demographics or juicing certain sectors isn't what gets the real results. What matters is long-term economic growth, which is the product of forces larger and more powerful than any man, and long-term cultural change, which is the result of billions of people making the choice to be more compassionate, empathetic, and open every single day.

The president doesn't get credit for that. We do.

The irony is that Trump could be making a pretty decent case that some of his economic policies will facilitate growth and help black Americans in the long run: Trump's deregulatory bias and his leadership on the reduction of the corporate tax rate do increase growth potential. But nothing that Trump has done so far has has had time to show up in major economic indicators, including that black employment figure.

It remains to be seen whether his crony capitalist tendencies and his willingness to Bully Bribe Beg Borrow and Steal from American companies—following how own brand of corporate authoritarianism—will counteract the positive changes. Or whether an increase in protectionism, an uptick in trade spats, and a shrinking workforce due to immigration restrictions will squelch the growth the other reforms could make possible for everyone in the long run.