The governor often talks about fiscal frugality, responsibility and reform, but there isn't much follow-up action. 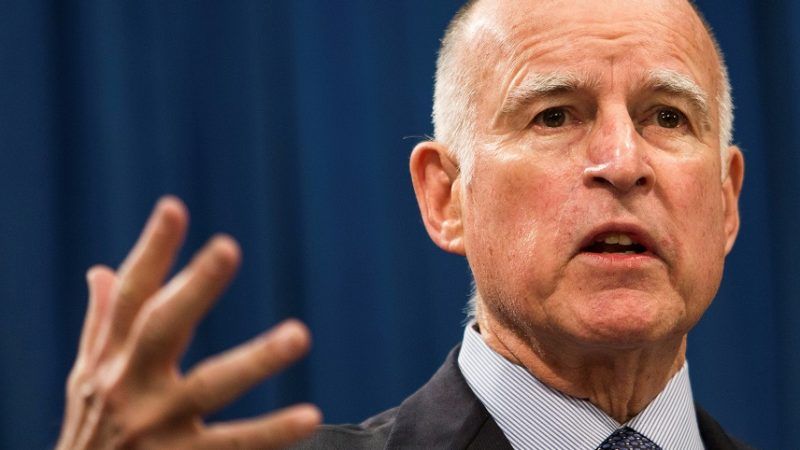 Chalk it up to a sort of political guilty pleasure. But even though my libertarian political views are vastly different from those of Democratic Gov. Jerry Brown, I've always enjoyed his philosophical ramblings and musings. He's certainly more entertaining to write about than any other California politician in memory.

There was that time at a press conference when a reporter asked him why he was cutting spending on some social program. "Because that's where the money is," he retorted (or something close to that). It was funny and refreshing—and typical Brown. At times he sounds like a fundamentalist preacher warning about the end of the world, but it's all part of that Moonbeam charm.

However, after introducing his 16th budget last week, I'm left with that same nagging feeling that's dogged me throughout his two recent terms. It's known as disappointment. Brown surely knows about the depth of the state's fiscal problems—and the fact that our public services cost far more and deliver far less than those in other states. Why hasn't he done more?

He's never seriously taken on the public sector unions that are the main obstacle to reform. He's nibbled around the edges, but that only raised expectations. His 2013 pension reform law made useful changes to that absurdly generous system, but it was in service to his main goal of raising taxes to fund the state's growing public sector. Basically, it helped convince Californians that they could trust lawmakers with new revenue by approving those Proposition 30 tax hikes.

Brown often talks about fiscal frugality, responsibility and reform, but there isn't much follow-up action. His latest budget stayed true to form. He trotted out those charts again, which show that boom years typically are followed by recession. He warned against excessive spending, even as his budget busts every spending record. Those are good points, of course.

And those $6.1 billion in surpluses this year are great news, too, but why did we need $5.2 billion in tax increases for transportation? Everyone is pleased to see the state boost the rainy day fund to $13.5 billion, but why did spending have to go up so much? Brown surely knows that California's bureaucracies are inefficient, yet his $132 billion general-fund budget enables them to function in the same old way.

Back to pensions, which are eating local governments alive: We've seen city officials trudge to Sacramento to plead for relief as the California Public Employees' Retirement System mulls another rate increase to make up for unfunded liabilities. Brown did as he often does. He said some forthright and applause-worthy things about that issue at his press conference.

"At the next downturn when things look pretty dire, [pensions] will be on the chopping block," he said. That's what those of us who have been championing pension reform have long been saying, even as union officials mock us for saying it. The next governor, he said, "will have the option of considering pension cutbacks for the first time in a long time."

The latter point references coming state Supreme Court cases that will consider the future of the so-called "California Rule," which is the main obstacle to pension reform in California. The rule—actually, a series of court precedents dating back more than 60 years—forbids government agencies from reducing pension benefits. Once a city council or legislature hikes a promised pension benefit for government workers, it can never be reduced—even going forward.

That has left localities with no viable options other than cutting services or raising taxes. It protects wealthy retirees at the expense of the state's most vulnerable residents. In fairness, Brown hasn't been totally AWOL. His legal team filed a brief with the court that pushes for changes to that rule. But he could have done much more—and much earlier in his administration.

Meanwhile, the "skinflint" governor has doggedly stuck with his plan to build a $68 billion high-speed rail system connecting Los Angeles with the Bay Area. The latest numbers show that the initial segment in the easy-to-build section of the Central Valley jumped $2.8 billion, or 35 percent. Just wait until the rail authority tries putting track over the geographically daunting Tehachapi Mountains.

I don't know why the state needs to spend so much to gain so little. We can already fly from John Wayne Airport to San Francisco International in about an hour and a half. And why is he sticking with his costly (albeit pared back) plan to tunnel underneath the California Delta?

Consider his final budget indicative of his entire administration. It's not nearly as bad as what other California Democrats would have offered. But, ultimately, it avoided the tough choices that could have set California on a better path. It's wrapped in contradictions, but it did have its refreshing and candid moments.