Luckily, no actual nukes are involved. But it could be politically destructive. 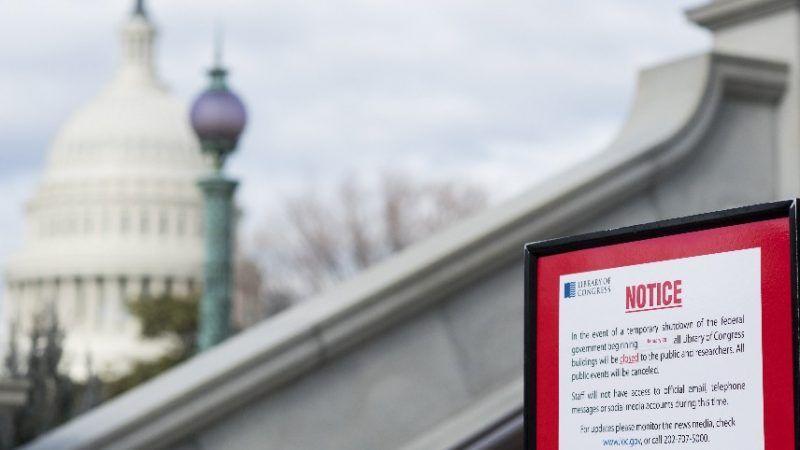 This morning, on day 2 of the budget-induced government shutdown, President Donald Trump tweeted: "If stalemate continues, Republicans should go to 51% (Nuclear Option) and vote on real, long term budget, no C.R.'s!"

Supermajority demagoguery is one of the most blatantly hypocritical recurring features of U.S. politics. The moment a party takes power, the members of that party start shouting into the nearest microphone that it's morally and politically abhorrent for the minority party to hold up legislation in the Senate by demanding a 60-vote threshold be met. When partisan control flips, so do the talking points.

It's obviously true that procedural rules in the Senate are partially responsible for the difficulty recent congresses have had in passing budgets. In a closely divided Senate, getting 60 votes for spending bills—as required by Senate procedure—means the bills must be bipartisan.

But even if the Senate turned its focus completely to changing that rule right now, there's no way the government will be open on Monday. For one thing, there's no language for a "real, long term budget" in circulation right now. That budget bill simply doesn't exist.

More broadly, a moment of crisis is the wrong time to consider major procedural changes—it's impossible to engage in a serious debate about the merits of the change when everyone (the president, even!) is hyperfocused on whether it means their team will win the very next vote. But we're always in budget crisis. Continuing resolutions (C.R.s) are the order of the decade. And what's more, this round is even shorter and therefore more frequent; there's currently some controversy right now over whether to craft a C.R. with a 3- or 4-week lifespan.

For now, party leaders on both sides seem to grasp this is not the time to go full Calvinball."The Republican Conference opposes changing the rules on legislation," David Popp, the spokesman for Majority Leader Mitch McConnell (R–Ky.), said to USA Today. Senate Minority Whip Dick Durbin (D–Ill.) agreed on This Week. "We have to acknowledge our respect for the minority."

Should a majority party manage to summon up the will to shoot its future self in the foot, we'll all be worse off. A post-nuclear congressional landscape is one in which there is more partisanship, more low-debate up-or-down voting, more whipping, more winner-takes-all-ism, and less compromise.

The first part of the president's tweet was about the underlying conflicts on substantive issues powering the stalemate: "Great to see how hard Republicans are fighting for our Military and Safety at the Border," he wrote. "The Dems just want illegal immigrants to pour into our nation unchecked." This disagreement doesn't go away in an environment where budgets can be passed with a simple majority. Dems don't just throw up their hands and say, "Oh well, we'll just wait until we're in power to do stuff, I guess!" Instead, senators will find even less forthright and more convoluted ways to further their agendas. And meanwhile, elections will become much fiercer and more vitriolic. But Gorsuching will reach epic levels in both parties. None of this is worth it to score a win on this particular continuing resolution.

P.S. The only solution to the budget crisis dumber and less practical than the abolition of the 60-vote majority is the proposal to bring back earmarks so that everyone on the Hill can horse-trade their way passing bigger, more expensive legislation.