Welcome to the 2018 Government Shutdown!

Democrats draw line in the sand over DACA; Senate goes back to the drawing board. 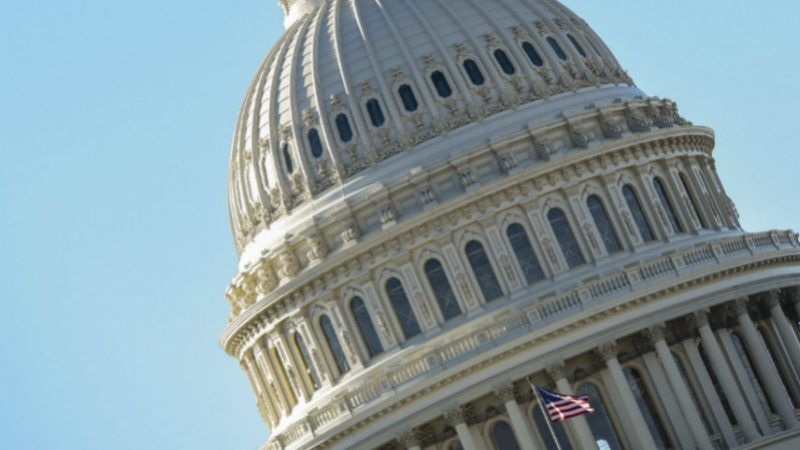 The federal government is on track to shut down for the first time since 2013 after the Senate failed to pass a 30-day continuing resolution (CR) late Friday. On the one-year anniversary of Donald Trump taking the oath of office, Washington produced a result that the president and leaders from both major political parties claimed vociferously to oppose.

Barring a last-minute miracle, the shutdown will begin at midnight, though many parts of government will continue functioning and "essential" employees will stay on the job. The National Zoo's Panda Cam, though, will be turned off.

The House passed a CR bill on party lines Thursday (it would have added about $30 billion to the national debt, by the way), but Senate Democrats, using leverage of a threatened filibuster, withheld support because the stopgap measure did not address the unresolved status of immigrants previously protected under the Deferred Action for Childhood Arrivals (DACA). Needing 60 votes, the GOP managed only 50 (Senate Majority Leader Mitch McConnell had yet to cast his ballot as of publication), with a handful of red-state Democrats and rebellious Republicans (including Rand Paul and Mike Lee) crossing party lines.

During the hours running up to the vote, Senate Minority Leader Chuck Schumer (D-N.Y.) was summoned to the White House by Trump, who delayed a planned weekend trip to his Mar-o-Lago resort in Florida. As he left the meeting, Schumer told reporters he and the president "discussed all of the major issues" and "made some progress, but we still have a good number of disagreements." Subsequent negotiations failed to produce a deal, as senators took turns, often with large visual aids, trying to brand the impasse as either #TrumpShutdown or #SchumerShutdown.

Trump and the Republicans, however, played their own supporting role, chiefly via their steadfast opposition to any kind of immigration deal being attached, even though the DACA clock runs out in early March, and congressional negotiators had been close to an agreement last week, before the erratic president blew that up. As Shikha Dalma pointed out earlier today, a recent Fox News poll found that 86 percent of Americans favor permanent legal status for DACA recipients and 79 percent favor a path to citizenship. However, those numbers erode when the price of achieveing those status is a government shutdown.

Both parties are terrible, Congress is at this point congenitally irresponsible, and Friday demonstrated to anyone unlucky enough to watch C-SPAN that the pathologies corroding the legislative branch won't be reversed any time soon.

A 30-day continuing resolution—or, gods have mercy on us, a five-day continuing resolution (something Schumer reportedly floated on Friday to avoid a shutdown)—would not solve any of these problems. It wouldn't solve any of the government's serious long-term spending problems either. One-third of the way into the fiscal year, there is no federal budget and—starting at midnight—there is no government either, except for all those many functions that the feds will not shut down. Congratulations, America!