In Defense of Musical Ripoffs

Friday A/V Club: Think of it as evolution in action.

Radiohead is reportedly suing Lana Del Rey because her song "Get Free" sounds a lot like Radiohead's old hit "Creep." As Reason's Ed Krayewski noted earlier this week, Radiohead itself was successfully sued a while back because "Creep" sounds a lot like the Hollies' "The Air I Breathe." I don't think anyone has ever sued the Hollies for "The Air I Breathe," though I wouldn't be surprised to learn that there's a Roy Orbison song somewhere that sounds almost exactly like it.

The courts have been getting more strict about this kind of thing recently, with Marvin Gaye's estate winning a case against Pharrell Williams and Robin Thicke over a song that copied the "feel" but not the actual notes of Gaye's "Got to Give It Up." In a better world, the law would be growing more tolerant of this sort of imitation, not more restrictive. Much of the evolution of music is driven by people making tiny tweaks as they slavishly copy each other. A pop world without any plagiarism would be barren indeed.

This is most obvious when it comes to musical patterns that have been around too long for anyone to hold a copyright on them. (If someone actually owned the I-IV-V blues progression, he could buy Bill Gates with enough left over to make a down payment on the Moon.) When Jay Miller wrote and Kitty Wells recorded "It Wasn't God Who Made Honky Tonk Angels," for example, they didn't hide the fact that they were using the exact same melody as Hank Thompson's hit "The Wild Side of Life"; their song, after all, was a direct response to and comment on Thompson's record. But the tune was a lot older than "The Wild Side of Life"—that same series of notes had also been used in "Great Speckled Bird," "I'm Thinking Tonight of My Blue Eyes," and other old country songs. Indeed, the melody goes back to England. A lawsuit would have disappeared into a never-ending search for the original composer. 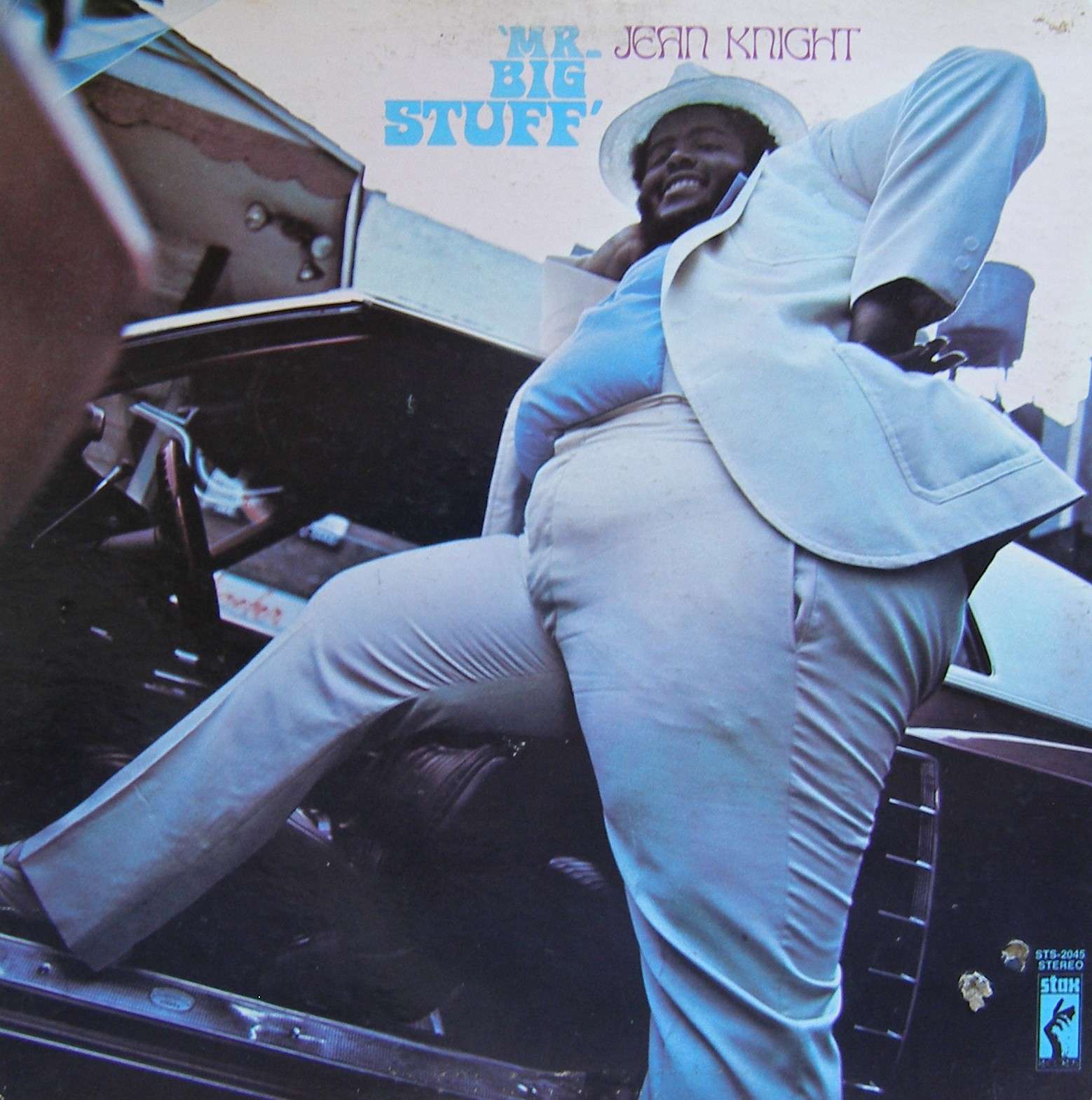 But not every pilfered melody comes from the public domain. Listen to "Express Yourself," a top 5 R&B hit for Charles Wright and the Watts 103rd Street Rhythm Band in 1970. Then listen to Jean Knight singing "Mr. Big Stuff," the #1 soul single of 1971. Seriously: Click the links and listen. They're the same goddamn song. "Mr. Big Stuff" came out less than a year after "Express Yourself," with a completely different set of songwriters credited; and yet nobody sued. Who knows: Maybe there's some older ur-funk record that Knight and Wright were both swiping. If so, Knight kept on swiping it: She recorded several barely-masked rewrites of "Mr. Big Stuff," because why mess with success?

Song-clones like that aren't especially unusual, and a good DJ can spend hours seguing from one of them to another. But I'll give you just one more example—probably my favorite one. Here's Lyn Collins, a protégé of James Brown, singing a song called "Me and My Baby":

You know that old South Park joke that if you want to write a Christian pop song, you should just take a love song and change every "baby" to "Jesus"? Here's country star Tom T. Hall seeming to prove the point:

He doesn't quite prove the point, because I think he wrote his song first. Both records came out in 1972, but "Me and Jesus" grazed the bottom of the Billboard charts in May; "Me and My Baby" didn't show up in Billboard til the fall. So this is probably a case of someone changing "Jesus" to "baby," not the other way around. The intro to Collins' record certainly sounds like she had church on her mind.

But I'm not going to complain about Collins ripping off Hall. You know why? Because Collins' song is better. Tom T. Hall is one of my favorite songwriters, but "Me and Jesus" isn't one of his better efforts. The lyrics are kind of rote, and the melody is gospel-by-numbers. (An exercise for the reader: Extend the chain of ripoffs backward by finding some older gospel records that sound like Hall's tune.) If Collins stole his song, she made it sharper and funkier in the process.

Maybe Collins and company should've given Hall a songwriting credit. Maybe not. I'm just glad they had the freedom to borrow it and improve it. I hate the thought that a fear of Grammy-chasing attorneys might dissuade today's pop artisans from doing the same.