His critique of concentrated power is still relevant today. 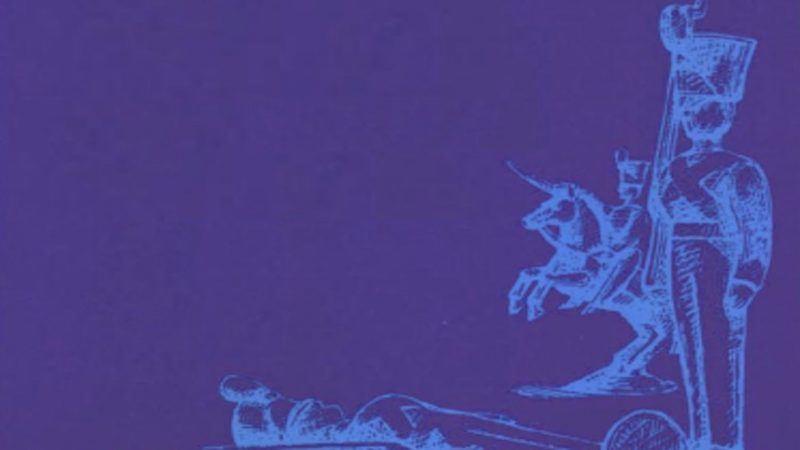 When Marcus Raskin died over the Christmas holidays, his obituaries may have made him sound like a fairly typical left-liberal figure. He had a job in the Kennedy administration. He co-founded the Institute for Policy Studies, described in his New York Times obit as "a progressive think tank." He was active in the '60s antiwar movement, and his son is a Democratic congressman. He clearly was more militant than your average liberal: That Times piece mentions that he played a part in the leak of the Pentagon Papers and that he went on trial for "conspiracy to counsel young men to violate the draft laws." But there's nothing there to suggest his condemnations of state power ever went further than that portion of the state that was waging an especially stupid war in Vietnam and drafting American kids to die there.

But in the '60s and '70s at least (I'm less familiar with his later work) he staked out a much more anti-authoritarian position than that. If you pick up Raskin's 1974 book Notes on the Old System, you'll find that it's largely an attack on presidential power—not just in the hands of Richard Nixon, but in the hands of the progressives who built up the imperial presidency before Nixon entered the White House:

Since 1933, the United States has been in a declared state of national emergency and crisis. During this period Congress delegated, through 580 code sections, discretionary authority to the president "which taken all together, confer the power to rule this country without reference to normal constitutonal processes."…Under the powers delegated by these statutes, the President may seize properties, mobilize production, seize commodities, institute martial law, seize control of all transportation and communications, regulate private capital, restrict travel, and—in a host of particular and peculiar ways—control the activities of all American citizens.

His days butting heads with hawks and technocrats in the Kennedy administration had radicalized him: Raskin became a part of the New Left revolt against liberalism. And unlike, say, the Weathermen, his wing of the movement mostly stuck to revolting against the right things: the imperial presidency, the national security state, the partnership between the government and the great corporations ("It has been a cardinal principle," he wrote, "that big business helps big government and vice versa"), and a host of measures that concentrated power in Washington, D.C. "From the end of the Second World War," he complained in Notes, "liberals provided the music for the corporations and asserted the need for a strong national leader who would operate benevolently through rhetoric and the bureaucracy for the common good of the System. His powers would verge on the dictatorial." He didn't just reject that approach to power; he rejected a lot of its fruits too. "Lyndon Johnson was a master at managing bills through the Senate which were thought of as reforms, but whose fine print left the major institutional forces of the society untouched, or even greatly reinforced. Appropriations for Great Society programs seemed designed to help the wretched but turned out in practice to meet the needs of the 'helpers,' the bureaucracy and the middle class and the rich."

Raskin was a man of the left: He wanted society to challenge corporate capitalism and to assure minimum levels of well-being. But not necessarily through the federal government. Notes instead calls for a decentralized participatory democracy; the book doesn't get into details, but you can guess the general outline of what the author wanted from the fact that he takes to quoting the Russian anarchist Peter Kropotkin. Couple that distrust of centralized power with Raskin's sharp critiques of his old colleagues in the national security establishment, and you can see why several libertarian figures of the 1960s and '70s saw him as a potential partner. Karl Hess, Murray Rothbard, and Leonard Liggio gave lectures at the Institute for Policy Studies, and the institute helped sponsor Hess's Community Technology project. Raskin in turn served on the board of the National Taxpayers Union and contributed a cover story to the Cato Institute's Inquiry magazine. Many different flavors of radicalism had their advocates at the institute while Raskin was running it, but the ones whose ideas seemed to be closest to his heart hailed from that grand old forgotten left/right/libertarian coalition, the Neighborhood Power movement.

As the song goes, that was another place and another time. The institute eventually moved in another direction, and so did a great deal of the libertarian world. But Raskin's old writing deserves an audience today. Living under another corrupt president who has alienated some-but-not-all of the Washington establishment, I can't help thinking of one more passage in Notes on the Old System:

Even now, there are those in the media who will say that the System successfully worked its will in the Watergate/Nixon affair, and there are those in the bureaucracy and the banks, the corporations and the military, who will bathe themselves in self-congratulation because Nixon's excesses were condemned. They will say the national security groups, the CIA, the Department of Defense, and the policing agencies—the established power in the bureaucracy and among the elites—"blew the whistle" on Nixon just as they had done with Joe McCarthy.

We will be taught to forget the integral involvement of Nixon, the barons, and the Democratic party in developing the structure in which these excesses occur.

In the wake of Watergate, he added, the architects of a disastrous war "have been able to catch their breath and come forward as men of gravitas and decency. That they did not have to make any sort of public penance for the war is a political and moral travesty." Plus ça change, plus c'est la même chose.