Ed Krayewski | From the January 2018 issue 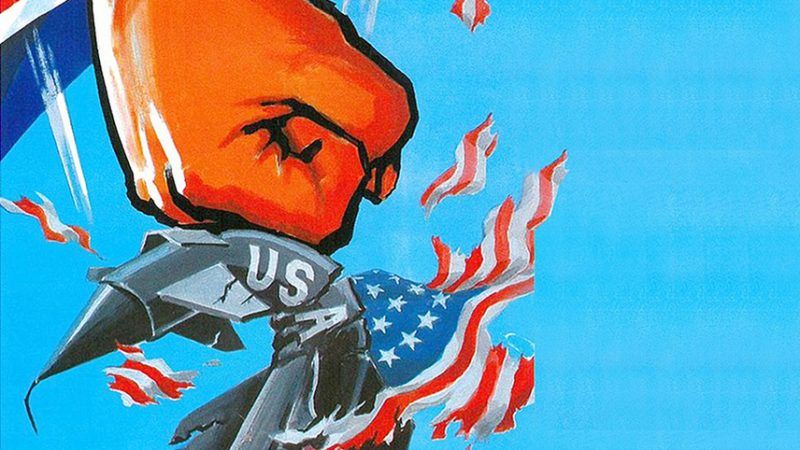 If you're reading this, the U.S. and North Korea have not embarked on an apocalyptic nuclear war.

There's actually very little chance humanity won't make it to this magazine's publication date, but news consumers could be forgiven for thinking otherwise. An October poll found 65 percent of Americans thought President Donald Trump was making the situation between the U.S. and North Korea worse. More than two-thirds of respondents said they were either very or extremely concerned about this issue; 40 percent were worried about their personal safety.

They're wrong about the threat North Korea poses to the mainland United States, where more than 99 percent of Americans live. And the bluster from North Korea is nothing new, even if the bluster from America is. Ultimately, Trump's provocative comments aimed at the tiny Communist country are an inartful articulation of the idea that the Cold War–era policy of mutually assured destruction, which kept the world nuclear war–free in the 20th century, still applies, at least in one direction.

The president is not the first to point to America's atomic capabilities. "We can destroy you," Barack Obama warned North Korea in April 2016. Trump's bombast about unleashing "fire and fury" signals that the can would become a will if it went ahead with a nuclear strike.

This might actually be a good thing. North Korea reportedly responded by reaching out to some Republican analysts to help make sense of Trump's moves. In other words, Pyongyang is behaving rationally.

Trump has also made an effort to engage China on this issue. That wasn't possible during the Obama administration's "Asia pivot," in which the U.S. tried to surround Beijing's sphere of influence with its own military assets and China responded predictably (but somehow unexpectedly to U.S. policy makers) by taking a more confrontational stance vis-a-vis the United States.

Six-party talks, which included the U.S., North Korea, South Korea, China, Japan, and Russia, collapsed in 2009 after a failed North Korean satellite launch widely believed by the other countries to actually be an intercontinental ballistic missile test. In 2017, China expressed hope such talks would continue.

Trump remains his own administration's greatest obstacle to forward momentum. His public feuding with Secretary of State Rex Tillerson, the representative of America's interests in negotiations, is counterproductive, even as his ambiguity about U.S. security commitments in the region could have the positive effect of spurring South Korea and Japan to develop more robust defense policies of their own.

States are rational actors even when their leaders behave bizarrely. But fearful populations remain easier to lead into war.