The acquittal of the officer who killed Daniel Shaver illustrates a double standard in judging self-defense claims. 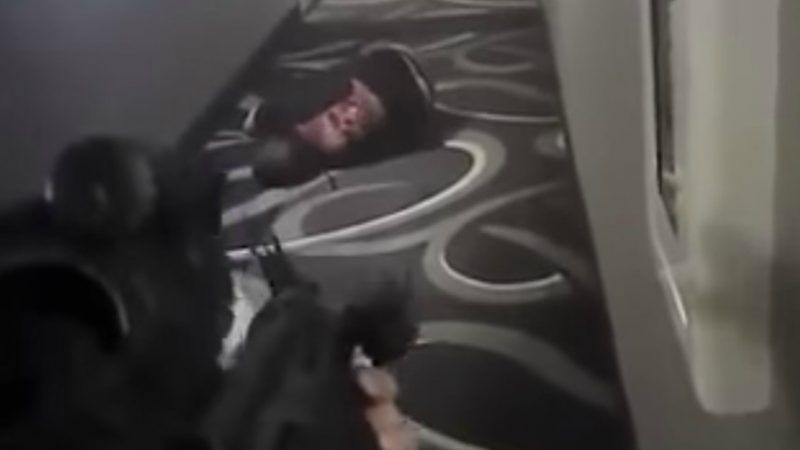 The jurors who acquitted Philip Brailsford of second-degree murder last week were told to judge him based on "how a reasonable officer would act, versus a regular person with no police training," as The Arizona Republic put it. That distinction was crucial, because a "regular person" would never get away with shooting an unarmed man who was crawling on the floor, sobbing, and begging for his life.

Like other recent cases in which jurors failed to hold police officers accountable for the unnecessary use of deadly force, Brailsford's acquittal shows that cops benefit from a double standard. Unlike ordinary citizens, they can kill with impunity as long as they say they were afraid, whether or not their fear was justified.

Daniel Shaver got drunk and did something stupid. But he did not deserve or need to die for it.

On January 18, 2016, Shaver, who was 26 and lived in Granbury, Texas, was staying at a La Quinta Inn in Mesa, a Phoenix suburb, while working on a job for his father-in-law's pest control company. After inviting two other hotel guests to his room for a drink, he showed them an air rifle he used for work, at one point sticking it out a window to demonstrate the scope's range.

Alarmed by the rifle's silhouette, a couple who had been using the hotel's hot tub informed the staff. That's how Brailsford and five other Mesa officers ended up confronting Shaver in a fifth-floor hallway.

The bodycam video of the encounter, which was not publicly released until after the verdict, shows that Shaver, who according to the autopsy had a blood alcohol concentration more than three times the legal threshold for driving under the influence, was confused by the strange and contradictory orders that Sgt. Charles Langley barked at him. Instead of simply handcuffing Shaver as he lay face down with his hands behind his head, under the guns of three officers, Langley inexplicably told the terrified and intoxicated man to crawl toward him.

While crawling, eyes on the floor, Shaver paused and reached toward his waistband, apparently to pull up the athletic shorts that had slipped down as he moved. That is when Brailsford fired five rounds from his AR-15 rifle.

"He could have easily and quickly drawn a weapon down on us and fired without aiming," Brailsford said later. Yet neither of the other two officers who had guns drawn on Shaver perceived the threat that Brailsford did.

One of those officers testified that he would not fire based purely on the "draw stroke" Brailsford thought he saw. He would also consider the context, such as whether a suspect is belligerent and threatening or, like Shaver, compliant, apologetic, and tearful.

Brailsford said he was trained to ignore context. "We're not trained necessarily to pay attention to what a suspect is saying," he testified. "We're supposed to watch their actions and what they do with their hands."

The jury apparently accepted the counterintuitive argument that police, because of their special training, are apt to be less careful with guns than the average citizen would be. A similar dispensation seemed to be at work last June, when Minnesota jurors acquitted former St. Anthony police officer Jeronimo Yanez of manslaughter after he panicked during a traffic stop and shot a driver who was reaching for his license.

Even more astonishing was the failure of South Carolina jurors to reach a verdict in the trial of former North Charleston police officer Michael Slager, who shot an unarmed motorist in the back as he ran away. Last May, five months after that mistrial, Slager signed a federal plea agreement in which he admitted the shooting was not justified.