It's a story of assimilation and plain old consumer choice. 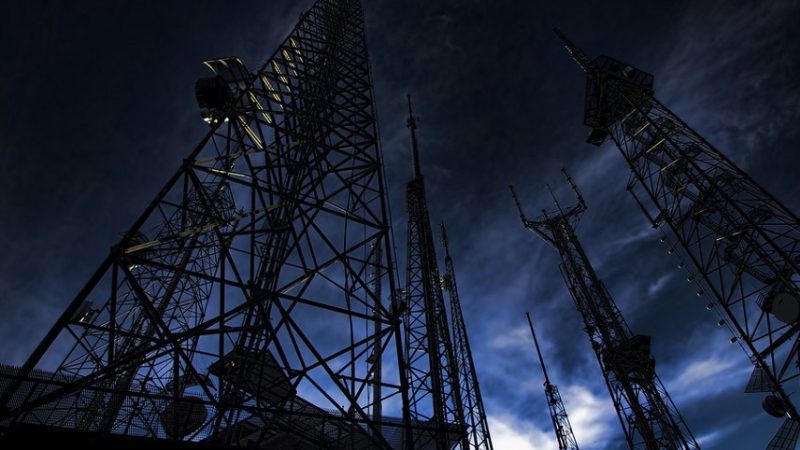 "Spanish-Language Broadcasters Take a Fall," read a front-page headline in the December 3 edition of the Los Angeles Business Journal. In just the past year, according to the accompanying article, the audience share of Spanish-language radio stations in the L.A. market fell two points, from 21.6 to 19.4, while their English-language counterparts saw an increase from a 56 to 58 share.

It was a "dramatic drop for several outlets that spent years at or near the top," according to the paper. One of the big factors: a "shift in preferences among younger listeners in Spanish-speaking communities for English-speaking media."

The story hasn't gotten much traction outside of media circles. But it's a big one in the continued assimilation saga of Mexicans in the United States. And it's one giant chinga tu madre to anti-immigrant types who have spent the last 25 years decrying the Mexican takeover of "American" airwaves in Southern California. One of their main proofs that unassimilable, backwards Mexican culture had taken over the Southland is the continued switchover of crappy pop and adult alternative stations to Latino formats. First they flooded our schools, then they took over welfare. Now their tuba music is all over the dial, and it probably plays hidden messages about how to sacrifice gringos with an obsidian knife!

But L.A. radio station owners don't flip formats because of Reconquista, but because it makes business sense. Mexicans, like all people, are consumers. And Mexicans change their tastes as well—you know, like other people. So the industry keeps evolving.

This is a story I've had the advantage of growing up in. I remember a January 6, 1993, Los Angeles Times story that reverberated across the country. KLAX-FM 97.9 ("La Equis"—The X) had topped the local Arbitron ratings with a formula used by all stations in the United States for decades: genius marketing, wisecracking on-air personalities, and a hot new genre that set it apart from rivals.

Except this time, the language was Español. And the music was Mexican.

KLAX's victory was so unexpected that classic rock station KLSX 97.1 "expressed concern" to the Times "that some of their audience may have gotten the call letters mixed up and that those listeners may have been attributed [in the Arbitron ratings] to KLAX." It was a line repeated by Howard Stern, who saw his reign as king of the L.A. airwaves toppled by what he dismissed as "some Mexican station." (KLAX, the Times reported, responded by sending Stern "a funeral wreath with a note reading: 'Thanks for helping us remain No. 1.'")

KLAX's win started a good 15 years of Spanish-language domination of the Southern California airwaves, as other stations emerged to take turns at the top. The same began to happen across the United States. Smart programmers took advantage of changing demographics, and Mexican-Americans no longer ashamed of their ethnic background (see: Linda Ronstadt recording a mariachi album in 1987) wanted to listen to genres like banda sinaloense, pasito duranguense, and rock en Español that were previously available in el Norte only live or on pirated CDs.

The influence of Spanish-language radio in the United States reached its peak in 2006, when DJs from across the country set aside their rivalries and urged their respective listeners to take to the streets in support of amnesty; the resulting protest marches were the largest in American history until the Women's March earlier this year.

I remember this era well. My cousins and I had all grown up with the music of our parents and liked it enough, but we never thought of it as cool. KLAX changed all that. Suddenly, my older cousins went to quinceañeras decked out in tejanas (Stetsons), silk shirts, and cintos piteados (leather belts with arabesque designs). I'll spare you the visuals of me dressed like this as a gawky 13-year-old nerd, but I can say this: All along, we primarily spoke English and listened to hip hop at home.

To anti-immigrant zealots, our choice of music and dress became further proof of the Mexican menace. Their laws drew support from people upset about "Spanish-language radio stations and ballots printed in something other than English," in the words of an aggrieved voter quoted in the Times in 1994. Our favorite DJs were supposed propagandists looking to destroy the United States from within. When noted podcaster Adam Carolla lost his terrestrial radio show in 2009 after KLSX switched formats (not to Latino music but to pop), he predicted that "all you're going to hear on L.A. radio now is ranchera music and Top 40."

How would all those people react to the downfall of Spanish-language radio today? They'd make excuses, of course. Yes, us Mexicans tend to keep around our ethnic music longer than other ethnic groups—you don't really hear third-generation Polish-American millennials blast century-old mazurkas and polkas from their cars the way their Mexican-American counterparts sometimes do with rancheras, corridos and other Mexican styles. But it's not as if we do nothing but listen to Spanish-language music at all times. We also love Morrissey. And African-American oldies but goodies. And the Doors. And especially metal.

Spanish-language radio in Los Angeles was always just a fad. Nowadays, fewer immigrants are coming to Southern California, and Mexican immigrants are increasingly creating community via CDs, YouTube and mp3s that bypass radio altogether. Besides, the current pickings are slim. Most radio hosts are now syndicated, meaning that the hyperlocalism that made Southern California on-air personalities so electric during the 1990s and 2000s is now gone. Mexican music of today is mostly bad mashups of regional styles with lead singers who lamely try to emulate the harsh, reedy voice of the legendary assassinated singer Chalino Sanchez.

And a lot of the old DJ banter doesn't appeal to younger, more P.C. audiences anymore. Last month, on 101.9—once home to Eddie "Piolín" Sotelo, the main DJ behind the 2006 amnesty marches and whose show felt like a fascinating mixture of Dr. Phil, Howard Stern, and Pacifica—I heard in a five-minute span an anti-Asian term, a black guy referred to as an "Africano" (the Mexican Spanish version of "Negro"), a mock-gay voice, and a shoutout to El Chapo. And that was on a Saturday evening, when no one is listening.

This past ratings cycle, KLAX finished in 8th place, just one of two Spanish-language stations to crack the top 10. I played it on the way to a friend's house on Thanksgiving, just for old time's sake. When their younger cousins came, they put on the Spotify and cranked up the Migos. Repeat after me, America: Assimilation happens. Especially for Mexicans.