Donate to Reason, Your Antidote to Political Hysteria!

Support fact-based, principled, and honest journalism as way to spread sanity in a world gone mad 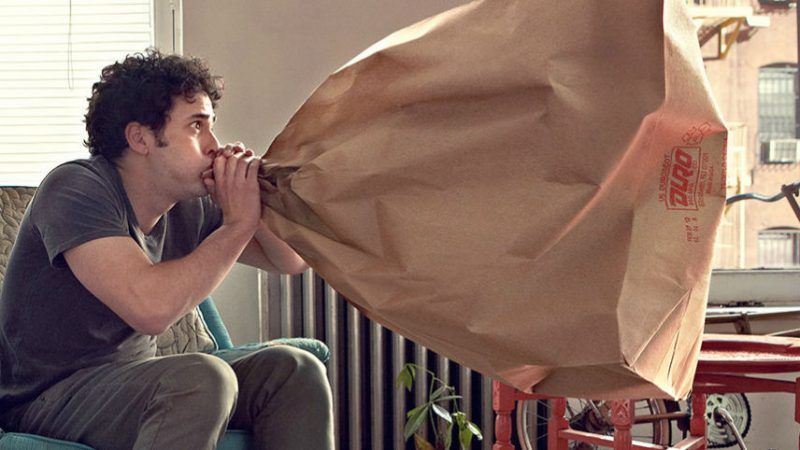 At the 48-hour mark of Reason's annual webathon, you wonderful co-champions of "Free Minds and Free Markets" had made a whopping 380 gifts, worth a combined $56,000, far outpacing last year's already robust haul. As that orange bar to the right keeps climbing, and as the value of your hoarded Bitcoin keeps spiking, please consider making even more libertarian journalism and commentary possible.

Won't you please give a tax-deductible donation to Reason right around now?

OK, let's acknowledge the elephant in the room: In a year like 2017, with a presidency like Donald Trump's, against a backdrop where anything that can be politicized probably already has been, and in a week like this damned week, many people are reacting to the news of the day/hour/minute with a lot of, shall we say, emotion.

I hope every senator who votes for this POS tax bill rots in Hell for all eternity. Trump will be there to greet them at the door.

Being at least half-human, we here at Reason are no exceptions to various strains of Derangement Syndrome. But we're also mindful that our founding editor's first-issue promise was to deliver "logic, not legends," while refusing "to smear the issues with irrelevancies and falsifications." The magazine's damn name is Reason (drink!). Imperfectly, and to the sporadic annoyance of even some of our oldest friends, we try to keep our heads clear of hate and our feet grounded in fact, particularly in moments when others have become completely unmoored.

Last week's announcement by Federal Communications Chair Ajit Pai that "net neutrality" regulations will be on the chopping block this month, for example, was greeted with creepstalking of Pai's children, at least one threat to kill a congressman and his family, and roughly a cajillion tweets like this (from a law/technology journalist, no less):

i'm still not sure ajit pai is a living breathing human being because I have yet to meet one that doesn't like net neutrality ?

We not only interrogated Pai and engaged in much explanatory chewing of the regulatory and technical issues underneath, but Ed Krayewski pointed out how a viral infographic from a Democratic congressman actually made the argument against his own side. If you wanted logic, not legends, about Pai's move—even if you disagreed with it—Reason was your oasis.

The same has been true over President Donald Trump's persistently misleading, inflammatory, and occasionally false statements having to do with Muslims, immigrants, and violence, particularly in the wake of terrorist attacks. When the president earlier this year warned, "You look at what happened last night in Sweden. Sweden! Who would believe this!" we commissioned a piece from actual Swede Johan Norberg (who had done such a brilliant job in 2016 debunking Bernie Sanders' bass-ackward notions about Scandonomics), under the headline "Trump's Fake News Attack on Sweden, Immigrants, and Crime." Science Correspondent Ronald Bailey, in reaction to Trump's assertion that the Islamic nature of terrorism was being underreported, looked at the actual research. "Do Muslims Commit Most U.S. Terrorist Attacks?" was the question in Bailey's headline. The answer? "Nope. Not even close."

Already, these two examples scramble the usual political tribes, but that's a feature, not a bug. A quick tour of our hysteria-debunking headlines from the past year will give partisans whiplash, but not y'all:

"Gorsuch Is More Liberal Than Garland"

"No, the AHCA Doesn't Make Rape a Preexisting Condition"

"No, the Solar Eclipse Will Not Cause a Spike in Sex Trafficking"

And so on. As we try reminding people, then and now, the boy who keeps crying wolf eventually stops being listened to. Which is unhelpful when the wolf shows up. Speaking of which, one of the side benefits of trying to fend off our own inner hysteric is that we can treat issues and political personalities on a case-by-case basis, rather than working our way back from a conclusion. So it is that consecutive covers of the magazine can have a persuasive case against Trump's signature campaign issue of building a wall, and a breakdown of the president's potentially revolutionary deregulatory agenda. As CBS News anchor John Dickerson told, uh, Charlie Rose earlier this year about the latter story,

[I]f the FDA starts changing the way in which they evaluate new drugs, that is a big deal….The people [Trump] has named are changing things in a way that they are going largely unnoticed. And [it] is going to make a real change in things that really affect people, and that`s another big thing that he has accomplished even though he may not even cite that as the things he has accomplished. It is quite, you know, when Reason magazine can give him credit for being a real deregulating president because of the people he has named, that is a surprise: Reason was not a big fan of the president when he was a candidate.

Look, we have biases and strong opinions. (Mine toward the president has not improved much since my original assessment.) But unlike 99.9 percent of media outlets you read, we actually show you who our staffers and contributors plan to vote for every four years, including how they mentally approach the task (or in Katherine Mangu-Ward's case, don't). Honest journalism relies on and champions transparency; we actually believe that stuff begins in the home.

Every day we're out here correcting media misnomers, advocating core principles even/especially when they have gone out of political favor, and trying to come up with our own crude systems for navigating this weird new political world. It's a journey, not a destination. Won't you take it with us?