Do You Like to See Reasoners on TV? Donate!

Please give us money so we can be beamed directly to your living room. 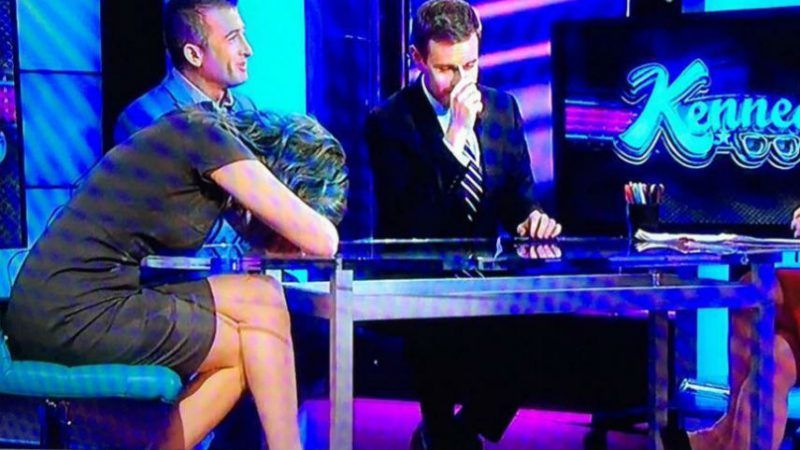 Here's something you might not know: When you see your favorite Reason reporters and editors on television, we're probably not getting paid.

Talking head TV is essentially a parasite—no, let's say symbiote—on the fact-finding and analysis of publications like Reason. Which means that if you want to see a friendly face and well-reasoned argument once in a while on your 55-inch 4k screen, you should consider donating to Reason. Your gift helps us become the kind of well-informed experts that TV producers can ask to convey absoluely everything they know to viewers in 15 seconds or less.

When Peter Suderman's happy little face pops up on MSNBC Saturday afternoon, dropping some wisdom about the latest health care bill, he's doing it for nada.

When Robby Soave's blond swoosh shows up every week on S.E. Cupp Unfiltered on HLN, he's not getting a dime.

When every darn one of us blows through the Kennedy set on Fox Business (thanks Kennedy!) we're getting zero smackeroos.

When Matt Welch hosts his own TV show, The Independents, on Fox Business for a while…oh wait, he did get paid for that. But he doesn't get paid for the hard labor he puts in at 30 Rock and Fox HQ every darn day on the mean streets of Manhattan.

What we do get is the chance to preach the gospel of free minds and free markets to new audiences, and inject some pragmatic libertarianism into the 24-hour news cycle. But getting Reasoners TV-ready—intellectually and physically—ain't cheap.

And sure, sometimes a TV segment can make you feel like this:

But more often than not, if you put Reasoners in front of a camera, we'll manage to make the case for more freedom and more fun, a rarity in a world gone mad over red-blue turf wars and partisan point scoring:

If you want to see a little more reason on TV, why not donate to Reason?