What do the Catholic Church, the ACLU, PETA, and Milo Yiannopoulos have in common? None of them can buy ads on the D.C. subway. 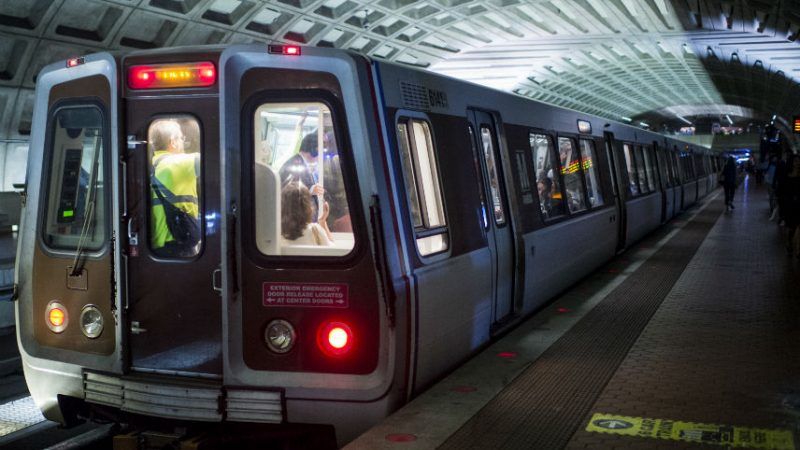 The District of Columbia's transit system won't let the local archdiocese buy space for a Christmas-themed advertisement. Now the archdiocese is suing the agency for violating its First Amendment rights.

In a federal civil rights lawsuit filed today against the Washington Metropolitan Area Transit Authority—commonly called Metro—the archdiocese argues that the agency's refusal to run its ads "effectively silences any viewpoint that might challenge commercialism or consumerism or attempt to emphasize the religious reason for the season."

The lawsuit is the second First Amendment challenge filed this year against Metro's policy of banning ads that are "issues-oriented" or "intended to influence members of the public regarding an issue on which there are varying opinions." The American Civil Liberties Union (ACLU) filed suit against Metro in August on behalf of four plaintiffs, including itself, who were denied advertising space by the government agency. In the ACLU's instance, the rejected ad was literally the text of the First Amendment.

The other plaintiffs in the ACLU case are People for the Ethical Treatment of Animals, a local abortion provider, and noted troll Milo Yiannopoulos.

Metro adopted the policy in 2015 after anti-Islam activist Pamela Geller attempted to buy ad space on the subway.

In the current case, the archdiocese was attempting to purchase space on buses and at bus stops for its "Find the Perfect Gift" campaign. The ads in question are fairly minimalist, showing a starry sky, the silhouettes of shepherds, the slogan, and the campaign's web address and hashtag. According to the lawsuit, the goal "is to encourage individuals to seek spiritual gifts during this Christmas season, and to offer members of the community public service opportunities to serve our most 5 vulnerable neighbors in the winter months when many material needs increase and become more challenging."

That, apparently, was too controversial for D.C. commuters. When the archdiocese contacted Jack Costello, a third-party vendor that contracts with Metro, he told them that the ads would not comply with Metro guidelines.

"Costello had mentioned that if the advertisement had a commercial purpose, such as selling goods or services, then the advertisement would be more likely to comply," the lawsuit states. Unsurprisingly, the archdiocese explained that it "could not conceive of a way to adjust the advertisement given the purpose and message of the campaign."

The agency's regulations have resulted in an absurd situation where it rejects innocuous ads from nonprofit and advocacy groups but allows other ads from profit-motivated government contractors, such as Raytheon and Northrop-Grumman, that are obviously trying to influence bureaucrats and lawmakers.

In addition to being absurd, the policy is almost certainly unconstitutional. This is the sort of bone-headed decision you get when public officials are tasked with judging what content is too upsetting for public consumption.