A Capitalist Lesson From North Korea 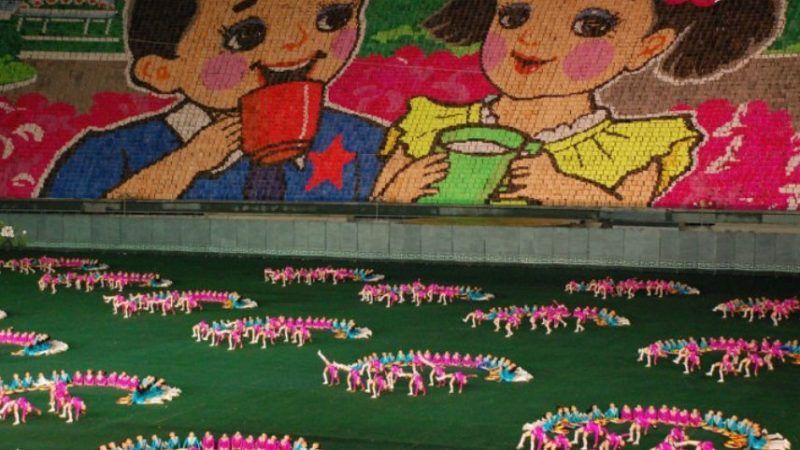 Five years ago in Roanoke, former president Barack Obama crystallized America's economic debate. "Somebody invested (in) roads and bridges. If you've got a business—you didn't build that," he said. Elizabeth Warren, then a candidate for the Senate, made the same point the year before, when she argued, "There is nobody in this country who got rich on his own—nobody. You built a factory out there? Good for you. But I want to be clear. You moved your goods to market on the roads the rest of us paid for. You hired workers the rest of us paid to educate."

On one level, the notion that people are interdependent is beyond dispute. Indeed, laissez-faire economists often make the same point. Leonard Read famously did so in the essay "I, Pencil," which shows how "no single person on the face of this Earth" can make a pencil—or even knows how to. The act requires a vast web of loggers, miners, shippers, investors, machinists, farmers, and countless others who do jobs none of the rest can do.

By itself, that does not make much of a case for massive government intervention in the market or massive redistribution of wealth. Those rely on a more robust case. And a big part of that case holds that government actually creates markets: The "capitalist system" is not an organic development, but the deliberate product of government policies such as contract law and property rights.

Since government created the capitalist system in the first place, the argument goes, anybody who benefits from it ultimately is benefiting from government policy. And because the government is bestowing the economic benefits, it has the rightful authority to distribute or redistribute them however it likes.

If this is true, then it demolishes any principled argument against confiscatory taxation or massive regulatory regimes. But is that account correct? Contract law, property rights, a functioning legal system and so on certainly make commerce easier. Yet the idea that they create the capitalist system in the first place goes too far—and proof of that comes from, of all places, North Korea.

The Washington Post spent six months talking to more than 25 defectors from the prison state, and published excerpts of the interviews this past weekend. "Life Under Kim Jong Un" is at turns frightening, inspiring, and astonishing.

And educational. "In theory, North Korea is a bastion of socialism," writes reporter Anna Fifield, "a country where the state provides everything, including housing, health care, education and jobs. In reality, the state economy barely operates anymore. People work in factories and fields, but there is little for them to do, and they are paid almost nothing. A vibrant private economy has sprung up out of necessity, one where people find ways to make money on their own, whether through selling homemade tofu or dealing drugs, through smuggling small DVD players with screens called 'notels' over the border or extracting bribes."

"North Korea technically has a centrally planned economy," a 37-year-old university student told Fifield, "but now people's lives revolve around the market. No one expects the government to provide things anymore. Everyone has to find their own way to survive."

One young woman found her way by doing people's hair at her house. A 23-year-old bought beans from farmers, then paid couriers to get them to an aunt who sold them in a market in Pyongyang. A 46-year-old, officially an office worker, earned his living selling drugs and smuggling antiques. A 43-year-old, officially a doctor, says the monthly salary was "less than it cost to buy one kilogram of rice. So of course, being a doctor was not my main job. My main job was smuggling at night."

Even the education system has become market-based. "Technically, you don't have to pay to go to school," said a farmer. "But the teachers tell you that you have to submit a certain amount of beans or rabbit skins that can be sold. If you don't submit, you get told off continuously, and that's why students stop going to school."

The government has legalized some markets "retroactively," Fifield reports, and even takes a cut from some private earnings. Ordinary life is improving. But, she writes: "The ability to make money, sometimes lots of money, through means both legal and illegal has led to visible inequality in a country that has long touted itself as an egalitarian socialist paradise."

The special report shows—no doubt unintentionally—that capitalism is not a system imposed from above; capitalism is simply what happens when people are left to do what comes naturally… and sometimes even when they aren't.

One day, the Kim regime will no longer be able to hold down the growing number of North Koreans made prosperous through informal trading. A full-fledged, open and free market eventually will take hold. At that point the North Korean people will be able to tell their government: "You didn't build that."