General counsel for the university system tries to slip in long-condemned policy. 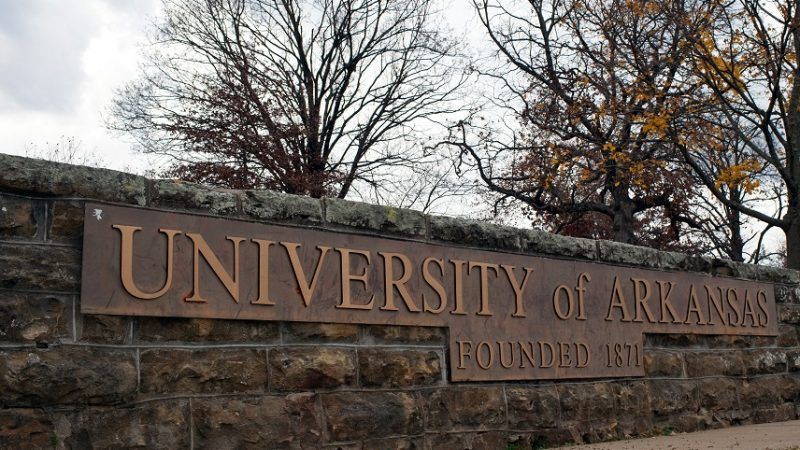 In addition to plagiarism, theft of property and acts of violence, the University of Arkansas system is considering adding a failure to maintain "collegiality" as a reason to terminate tenured professors.

Using collegiality as an evaluation tool has long been blasted by the American Association of University Professors for its potential to create a faculty of "genial Babbitts" to which society is not likely to look for leadership.

Joshua Silverstein, a law professor at the University of Arkansas-Little Rock, first drew attention to the proposal, quietly added to the second page of a draft provision by system's general counsel, flagging a "pattern of disruptive conduct or unwillingness to work productively with colleagues." Silverstein called this collegiality clause "a striking attack on academic freedom and tenure."

Richard J. Peltz-Steele, a former colleague of Silverstein and a law professor at the University of Massachusetts, blogged that a tenured professor can be terminated for showing a "pattern of disruptive conduct or unwillingness to work productively with colleagues."

"That provision would allow the termination of a faculty member who ignores instruction to teach the politically correct or anti-intellectual version of a subject in the classroom," Peltz-Steele wrote.

Nate Hinkel, a spokesman for the university system, told The Chronicle of Higher Education in an email in late October the proposed changes were part of a broader effort in recent years to update its Board of Trustees' policies so they align with "current law and best practices."

The university professors association considers it a worst practice. "The elevation of collegiality into a separate and discrete standard is not only inconsistent with the long-term vigor and health of academic institutions and dangerous to academic freedom; it is unnecessary."

The Foundation for Individual Rights in Education, a nonprofit organization focused on civil liberties in academia, warns of the chilling effect on professors' academic freedom if policies enforcing vague "collegiality" standards move forward.

"Collegiality-related charges are easily and frequently thrown in as a laundry-list item in faculty investigations, and often it is the only charge universities can make stick," Peter Bonilla, a writer for FIRE, explains. "It's a difficult charge for faculty to fight — just about any behavior could be subjectively cast as un-collegial, after all—and therefore an easy charge with which to gain leverage."

FIRE has also condemned a provision in Ohio Northern University's faculty handbook. The provision reads, "faculty members are expected to treat colleagues and staff with civility and respect."

"How is one to define 'civility'? What constitutes 'respect'?" Bonilla writes. "Of course, the Ohio Northern policy provides no answers, leaving it all too easy for administrators to conveniently define it however they please, whenever it suits their interests."

The vagueness in U of A's and ONU's policies is the crux of the danger to academic freedom, leaving plenty of room for administrators to oust professors who don't fall in line with their beliefs. These policies encourage homogeneous groupthink and disincentivizes professors from exploring different perspectives in academia. Daring to dissent should not be a reason to fire a professor.

Having a separate provision for collegiality only serves to stifle academic freedom. If universities are serious about fostering a healthy environment for learning then they should heed the advice of the AAUP and FIRE and ditch "collegiality" policies.

Punishment based on the subjective whims of administrators only further traps universities in a bubble of their own creation.