A Professor Whose Renewable Energy Claims Are Challenged Sues For Libel

Is there no more room for scientific skepticism and debate? 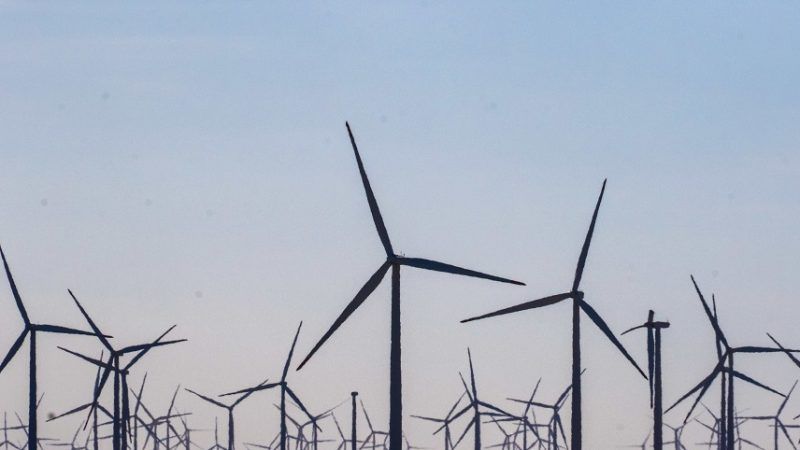 Whatever happened to robust, open scientific debate? Stanford University professor Mark Jacobson, whose research argues the U.S. power grid could run exclusively on renewable energy by 2050, is taking his critics to court.

Jacobson filed a $10 million libel lawsuit in September against Chris Clack, a mathematician and chief executive of Vibrant Clean Energy, and the National Academy of Sciences, after the Academy published an article by Clack and 20 co-authors criticizing the 2015 study. The co-authors are not named in the suit.

"We find that their analysis involves errors, inappropriate methods, and implausible assumptions," the Clack team wrote. "Their study does not provide credible evidence for rejecting the conclusions of previous analyses."

Reason's Ron Bailey agreed with the Clack team's conclusion that "the analysis performed [by Jacobson and his team] does not support the claim that such a system would perform at reasonable cost and provide reliable power."

Bailey's piece also points out Jacobson's study was originally published by the academy he is now suing.

Libel is a form of defamation through writing, pictures, or any other print media. In lawsuits of this kind involving public officials, actual malice or an intent to defame is required for a guilty verdict. Libel lawsuits involving private individuals require only proof of negligence.

Professors who are particularly well-known or employed by a major university are sometimes considered public figures. It is so far unclear how a D.C. Superior Court will classify Jacobson.

For the sake of scientific integrity, let's hope the court finds no merit in Jacobson's lawsuit, regardless of his classification.

David Victor, one Clack's co-authors and the co-director of the Laboratory on International Law and Regulation at University of California-San Diego, told the San Diego Union-Tribune, "It is unfortunate that Mark Jacobson has decided to pursue this legally as opposed to openly, in the scientific tradition."

Environmental Progress, a research and policy organization advocating for sustainable energy, called the lawsuit an "appalling attack on free speech and scientific inquiry."

"What Jacobson has done is unprecedented. Scientific disagreements must be decided not in court but rather through the scientific process," Michael Shellenberger, founder and president of Environmental Progress, wrote.

If Jacobson proves successful, he sets a dangerous precedent. It would have a chilling effect on future academic research and hinder scientific innovation and advancement. How can progress be made if ideas are not given rigorous, peer-reviewed scrutiny?

By taking his critics to court, Jacobson is telling the world his ideas cannot be challenged, echoing the argument for "settled science" deployed in the debate over climate change. Claiming certain ideas "settled" and therefore out of bounds from any criticism is a surefire way to feed confirmation bias.

What incentive is there to add to or challenge the evidence of a scientific theory if that idea can't be challenged? The truth is best found through open debate, not by silencing your critics with lawsuits.