Matthew Harwood | From the November 2017 issue 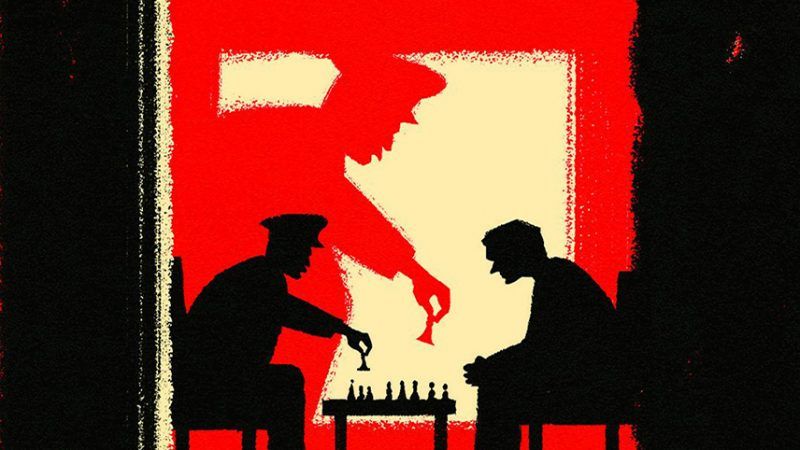 The House of Government: A Saga of the Russian Revolution, by Yuri Slezkine, Princeton University Press, 1,100 pages, $39.95

In February 1917, a 30-year-old Bolshevik named Valerian Osinsky wrote to his 22-year-old mistress about a coming revolution that would wipe away czarism and deliver what Christianity couldn't: the kingdom of heaven on earth. "Only in the world of insatiable utopia," he wrote, "will the simplest ethical rules become real and free from exceptions and contradictions."

Twenty-one years later, he would be executed as an "enemy of the people" for his blasphemies against the Soviet Union.

Stories like that abound in the Berkeley historian Yuri Slezkine's 1,100-page epic, The House of Government, which chronicles the lives of elite Bolsheviks and their families from their early days of revolutionary awakening through the overthrow of the czar, the building of "the dictatorship of the proletariat," Joseph Stalin's Great Terror, and their children's loss of faith. Divided into three volumes, The House of Government isn't just history. It's art that self-consciously, and successfully, mimics Tolstoy's War and Peace and Solzhenitsyn's The Gulag Archipelago.

By the end it's also a horror story of grotesque proportions, as the "insatiable utopia" devours its own.

The Bolsheviks weren't just ideologues, Slezkine argues at the outset. They were "millenarian sectarians preparing for the apocalypse" who "managed to take over Rome long before their faith could become an inherited habit." After showing them prevail in the revolution, the book centers around the House of Government—Europe's largest apartment building, reserved for the "high priests of the Revolution." It was, Slezkine writes, "a place where revolutionaries came home and the revolution came to die."

These priests of "earthly salvation" made no vow of poverty. The House of Government, which ended up costing over 30 million rubles and was built in what was known as Moscow's "Swamp," was equipped with all the latest amenities—"a kitchen with a gas stove, garbage chute, exhaust fan, and fold-away bunk for the maid," plus extra living space not afforded the typical worker. The House of Government also conveniently contained public spaces, such as a cafeteria, a movie theater, a child care center, a laundry, a bank, a library, and a gym.

That wasn't the end of the luxuries they allowed themselves. Elite party members relied on chauffeurs and made full use of the aristocratic estates, or dachas, "expropriated" from the "enemies of the working class." A prince's country property became "Lenin Rest Home No. 1"; built "in the Italian style," the manor could accommodate 150 guests and included a 27-acre park and a large pond with a motorboat.

The House of Government, the elite told themselves, was a transitory moment in socialism's destruction of the family—"halfway between bourgeois individualism and communist collectivism," summarizes Slezkine. Under socialism, according to the communal house theorist L.M. Sabsovich, "children will no longer be 'the property' of their parents; they will be 'the property' of the state, which will take upon itself the solution of all problems involved in child rearing."

In practice, unsurprisingly, these elite Bolsheviks loved and spoiled their children.

The contradictions of Bolshevism weren't just confined to the elite's way of life. Stalin's first five-year plan, which sought to industrialize the Soviet Union and establish the economic preconditions for communism, relied "on forced labor as much as it did on 'genuine enthusiasts'" of the working and peasant classes, writes Slezkine. Workers and peasants didn't want to build socialism, and so labor shortages meant that low-level criminals and political prisoners would.

According to Matvei Berman, the head of the Gulag system, a convict cost the state approximately $500 rubles a year. "Why on earth should workers and peasants feed this army of parasites, swindlers, wreckers, and counter-revolutionaries?" he wrote. "Let's send them to the camps and say: 'Here are your means of production. Work, if you want to eat.'" As the need for labor increased, labor camps multiplied.

Stalin's first five-year plan also initiated forced collectivization. Since peasant families couldn't be relied on to provide their grain to the state freely, they had to be done away with. "The socialist city can lead the small-peasant village only by imposing collective and state farms upon it," Stalin told a conference of agrarian Marxists in December 1929. Long-term liberation called for slavery in the here and now.

Stalin's forced collectivization divided the rural population into three categories: poor, middle, and rich. The rich were known as kulaks, and they were further divided into three categories. The first were "immediately liquidated by means of imprisonment in concentration camps, not hesitating to use the death penalty with regard to the organizers of terrorist acts, counterrevolutionary actions, and insurrectionary organizations," according to the Soviet policy. The second group were exiled to remote locations and forced to labor for the state. The third group were resettled around where they lived.

Forced collectivization was both an economic and a human rights disaster. The servants of the state were given production quotas that couldn't be met, then beaten when they failed to produce. "They whine and whimper that there's nothing left," wrote one party official responsible for grain procurement, "but when you grab them by the throat, they deliver both grain and hay, and whatever else they're required to."

Mass death resulted. "The determined enforcement of ambitious production plans," notes Slezkine, "resulted in a famine that killed between 4.6 and 8 million people." Some resorted to cannibalism to fill their bellies. Meanwhile, the elite had more than enough. A short time after witnessing the Kazakhstan countryside starving to death, one secret policeman's fashionista wife wrote about how they dined on "roast suckling pig."

But much of the elite would soon face their own troubles.

On December 1, 1934, the old Bolshevik and Leningrad party boss Sergei Kirov was murdered by Leonid Nikolayev, possibly under Stalin's orders with the assistance of the secret police. Stalin, always fearful of losing his stranglehold on power, used Kirov's assassination to eliminate any and all potential rivals, no matter how remote. The resulting "search" for Nikolayev's co-conspirators would degenerate into a witch hunt aimed at purging the Soviet Union of all those who "stray from the Party's path," as one apostate, Grigory Zinoviev, put it before he was executed in 1936.

The terror usually began at night with a knock on the door or with secret policemen appearing in the target's room. It often ended with the "criminal" sentenced to "10 years without the right of correspondence," doublespeak for execution. The last third of Slezkine's book is a horror show of arrest, accusation, interrogation (sometimes involving torture), and either exile or execution for residents of the House of Government. As one old Bolshevik, Aleksandr Arosev, wrote in his diary in 1936, "Everyone is afraid of everyone."

No matter how bad it got, many people kept the faith, at least outwardly. "The Party is the sun of our lives," Yulia Piatnitsky wrote to her 17-year-old arrested son, "and nothing can be dearer than its health, and if sacrifices are required…find the strength to remain a human being."

Yulia would eventually be arrested for telling an informer that her husband, who had been arrested before their son, was innocent.

The terror wasn't confined to the elite. People associated with certain ethnic groups—Poles, Germans, Japanese—were deported or cleansed as "anti-Soviet elements." So were kulaks and citizens who spent time abroad. Mass graves proliferated. Civil liberties and the rule of law simply did not exist. The state owned you, and it wanted people not just to obey it but to believe in it.

November marks the centennial of the Bolshevik revolution. The anniversary comes at a time when socialism is once again seen by some on the left as a political project worthy of implementation in America. Bernie Sanders, a New Deal Democrat in socialist clothing, made a serious run at the presidency; the provocative Marxist magazine Jacobin garners clicks online. Millenarian socialism offers the promise that a small band of true believers can change the world with the help of history's unstoppable march.

Slezkine's House of Government is an exhaustive antidote to such theology, and it should give pause to any insatiable utopians of the 21st century. As the American anarchist Benjamin Tucker wrote as Stalin's Soviet Union deteriorated into an inquisition, "Capitalism is at least tolerable, which cannot be said of Socialism or Communism."

Any system that allows for certain individual freedoms, no matter how negative or constrained, is better than the alternatives.

Matthew Harwood is managing editor at the American Civil Liberties Union (ACLU). His opinions are his own and not those of the ACLU.