Who Benefits from the Status Quo?

Robert Poole | From the November 2017 issue 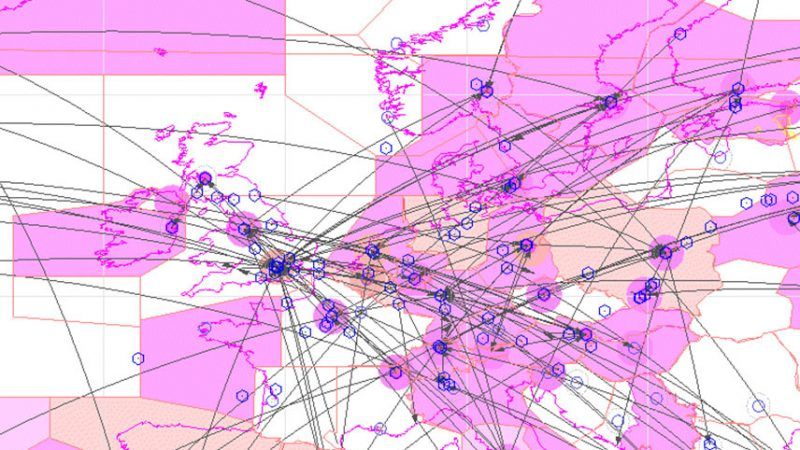 â€¢ Private pilots, represented by the Aircraft Owners & Pilots Association (AOPA), and the various companies and organizations that supply the "general aviation" (G.A.) community. Although many G.A. flights do not use air traffic control (ATC) services, those that do pay nothing directly. Instead, they owe a modest aviation fuel tax; the revenue from this tax makes up just 0.1 percent of the Federal Aviation Administration (FAA) budget. For decades, AOPA and the rest of the G.A. community have fought ATC corporatization out of fear that such a change would lead to the implementation of unaffordable user fees for some or all G.A. flights. Many countries do impose ATC charges on small private planes, but that is not true of Nav Canada, which is the model for American ATC reform. In Canada, small planes pay an annual fee of just 68 Canadian dollars.

â€¢ Business jet operators, represented by the National Business Aviation Association (NBAA). These craft fly in the same airspace as airliners and use 10â€"12 percent of all ATC services, but their jet fuel taxes provide only 1.2 percent of the FAA's budget. Everywhere else in the developed world, business jets pay standard weight-distance ATC fees, which this constituency in America would strongly prefer to avoid. But business jets are thriving worldwide, so ATC fees are obviously not curtailing those planes' use.

â€¢ Members of Congress, who have the authority to micromanage the FAA. When it comes to air traffic control, this often means preventing the consolidation of facilities (keeping many ATC facilities open becomes "protecting jobs in my district") and specifying that the FAA must use certain technologies or systems (because politicians tend to favor established suppliers, many of whom are campaign contributors). Since a number of members of the House and Senate are also licensed private pilots, the General Aviation caucuses are disproportionately influential players on Capitol Hill.

â€¢ Most government employee unions, who assume that ATC "privatization" would entail replacing unionized civil servants in the industry with private contractors. Interestingly, NATCA, the union that represents the air traffic controllers themselves, favors the switch to a nonprofit corporation model, because (1) they experienced furloughs, threats of small-tower closings, and interruption of new-controller training for a year as a result of the 2013 budget sequester, and (2) they envy the advanced, user-friendly technologies used by their counterparts at Nav Canada and other self-funded ATC corporations. The current reform bill provides for any ATO union contracts to remain in force until their expiration dates, at which point they would be renegotiated. Any transferred employees would also retain their earned pension benefits.

â€¢ Small-city and rural interests, who are legitimately concerned about losing (or missing out on the future construction of) control towers at their airports. This, they feel, would take them off the map for access to the nation's airspace and would cost local jobs. Small airports historically get a large share of federal airport grants, especially relative to the meager fraction of aviation activity they represent. They don't seem to realize that a nonprofit corporation is more likely to implement new technologies that cost considerably less, making the system more efficient. For example, remote towers keep the control room on the ground, with only cameras and other sensors on a tall mast. Although this concept is being implemented by self-funded ATC corporations in Europe, the FAA has no program or budget for it. The 2017 reform legislation mandates that all small airports that meet a valid benefit-cost ratio requirement will retain or get qualified for a small tower.

Robert Poole is co-founder and director of transportation policy at Reason Foundation.