What to make of the fact that students of color are far more likely to be accused of sexual misconduct? 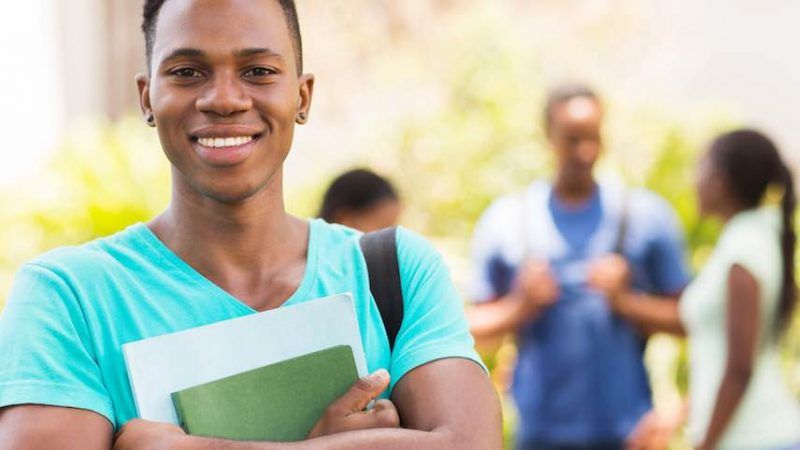 Emily Yoffe's three–part series on campus sexual assault in The Atlantic is so good that you should read all of it, but if you only read one paragraph, make it this one:

Colgate University was recently investigated by the Office for Civil Rights for potential race discrimination, a Title VI violation, in its sexual assault adjudication process. The university was cleared, in April, on the grounds that the numbers did not allow OCR to conclude that race was a statistically significant factor in Colgate's adjudications—in any given year the number of men of any race referred for formal hearings was in the single digits. (The investigation does not appear to have examined any individual cases or otherwise reach beyond this statistical analysis.) But the report did bring those statistics to light, a rarity: In the 2013–14 academic year, 4.2 percent of Colgate's students were black. According to the university's records, in that year black male students were accused of 50 percent of the sexual violations reported to the university, and they made up 40 percent of the students formally adjudicated.

The emphasis is mine.

As best we can tell, Colgate isn't an outlier. Yoffe notes that male students of color are "vastly overrepresented in the cases I've tracked." Harvard University Law Professors Janet Halley and Jeannie Suk, who pay attention to Title IX cases and have written about the lack of due process for accused students, share this impression. I do as well.

Left-leaning victim advocacy groups must at least be aware that college investigations are racially problematic. But they seldom acknowledge this. In fact, the people behind the major activist film about rape on campuses, The Hunting Ground, claimed the purpose of their movie was to undermine the "dominant white male power" that pervades the sexual assault crisis. But this is nonsense: as Yoffe notes, in at least three of the four sexual misconduct disputes featured in The Hunting Ground, the accused was a student of color.

In a piece for The Nation, Elizabeth Adetiba wonders whether "historical tropes of black men as threats to white women might have played a role in the troubled process." (Bizarrely, she also accused Yoffe of not considering the racial element of Title IX cases, which is flat-out wrong. I presume she did not read the third-part in the series; in any case, I tweeted at The Nation requesting a correction.)

We know these tropes: in less progressive times, black men were thought to be more sexually aggressive and unable to control themselves. These are false, malicious, racist assumptions, and history is full of examples of black men being wrongfully railroaded by white accusers who had some incentive to lie. Emmett Till, a black teenager, was murdered in 1955 after a white woman claimed—falsely—that he made advances toward her. Famous works of literature like To Kill a Mockingbird and A Passage to India involve people of color being wrongfully accused of rape by white women.

Is this what's happening on campus? We don't know. Maybe the numbers are imbalanced because administrators are failing to act on a number of cases involving accused white students—which would suggest the Title IX system is racially biased—or sexual encounters involving non-white men are being reported to campus authorities, but would not have been reported had the male student been white. The alleged victim need not be a racist, because the Title IX process does not require the alleged victim to be the one filing the complaint. Consider the case of Grant Neal, a black athlete accused of sexually abusing a white woman, even though both of them agreed their sex was consensual.

The point is this: people on the left generally believe—correctly—the efficacy of the criminal justice system is affected by racial bias. Many of the most progressive leftists also think campuses are especially racist places, given all the students chalking #Trump2016 (a more dubious assertion in my view.) Why then do they think it's such a stretch to suggest that Title IX, a powerful mechanism for settling scores, could be weaponized against vulnerable populations: black and immigrant students?