HBO, David Simon Chart the Rise of the Modern Sex Economy in The Deuce 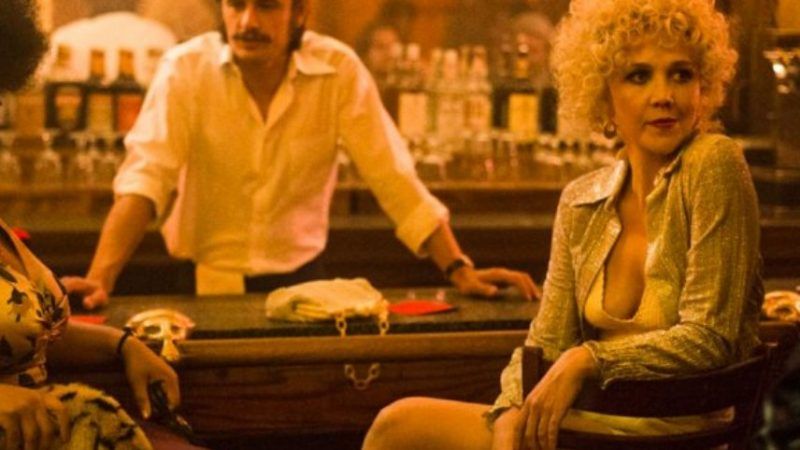 In 1971, the theaters in the New York City 'burbs were showing a film called Summer of '42, a wartime coming-of-age story in which sex is wondrous, terrifying, and inextricably linked to romance.

Yet all that was to be stood on its head; gauzy romance was about to take a back seat to commercial coitus that was glamorous, exciting and very, very profitable. HBO's The Deuce is the spellbinding story of how flesh became flash, how the sex trade went from back alleys to boardrooms.

Created by veteran chronicler of urban grit David Simon and his teammate from The Wire and Treme, crime novelist George Pelecanos, The Deuce is named after the local slang for its setting, Manhattan's 42nd Street, the sordid Ground Zero of the forthcoming sexual eruption.

It's a squalid, venal landscape of phone-booth sex and by-the-hour hotels, of weary workaday whores and their sweet-talking-until-they-aren't pimps. Bored cops routinely round the women up for what both sides recognize as a sort of kabuki tax collection without rancor or missionary zeal.

The occasional attempt at redemptive outreach is met by women with sneering contempt. When a policeman suggests to one hooker that she go home and seek legal employment, her eyes widen in surprise. "Jeez," she exclaims in faux wonderment, "I completely forgot to get an education!"

If spiritual salvation isn't possible, market potential is. Here and there along The Deuce, a handful of the sexual foot soldiers are starting to think like generals. Bar manager Vincent Martino (James Franco of 11.22.63, who also plays Vincent's hustling gambler twin brother Frankie), in a desperate attempt to save his floundering joint, dresses the waitresses in leotards, and is astonished at the tidal wave of customers who wash in.

"There's a topless bar out by the airport," he notes to one of them, who replies that context is everything: "Those are whores. These are waitresses bringing me drinks. It's, I don't know, different."

And Abby Parker (Margarita Levieva), an NYU English major who heads downtown to buy some speed for classmates cramming for an exam and winds up in Vincent's bar, is at first repelled. "You ever wonder what it's like for them to be objectified?" she demands, waving at the legion of leotard-clad waitresses, only to be brought up short by his snorted reply: "Objecto-who?" Watching the growing wads of cash the coquettish women extract from their male customers in tips, Abby starts rethinking which hand really holds the whip.

Candy and Abby are not the only ones wondering whether the twin emerging 1970s cultural wave of feminism and raw sexuality may intersect. The world of The Deuce is strictly transactional, and not just in the obvious commercial relationships between the prostitutes and their customers.

The hookers coo in their pimps' ears, but among themselves, chatter about the men's managerial merits like salesman rating prospects at a convention. ("Me, I need a pimp, or I tend to get lazy," admits one prostitute.) And the pimps brood about the lack of honor among thieves. "It's 'brother this, brother that,' but at the end of the day, all they want to do is shanghai your stable," one complains.

But The Deuce's occasional glimpses of the bourgeois world outside 42nd Street don't look so different. Parents disapprove of their daughters' prostitution but, however high their noses are upturned, accept part of the money. When the women visit their childen, each side engages in an elaborate theater in which gifts, given or received, substitute for emotion. Even Abby's affair with her sociology professor has a certain ring of grades for gropes.

Simon and Pelecanos have assembled an army of talent to write and produce The Deuce, including Richard Price (the auteur of last year's HBO series The Night Of), Megan Abbott (author of the Edgar Award-winning crime novel Queenpin) and Lisa Lutz (who writes the popular detective series of the surveillance-happy Spellman family). And it shows in every frame.

What could have been an imposingly grim portrait is often lightened by subtle jokes or quirky encounters. In the background of one scene, an unnoticed TV is showing the infamously suggestive old Noxema shaving cream ad in which a succulent blonde model breathily intones, "Take it off! Take it all off!" In another, pimps conduct business as a hit of the day, "Treat Her Like a Lady," plays on the jukebox. A hooker humoring an elderly customer who wants her to watch A Tale of Two Cities with him is first heartbroken by the tale of doomed lovers, then dumbfounded when asked if she's read the novel: "There's a book?" If only they'd had Kindle.