A Free Country Can Do Without a Conscience in Chief

Otherwise, with Trump as president, America would never recover from the moral damage 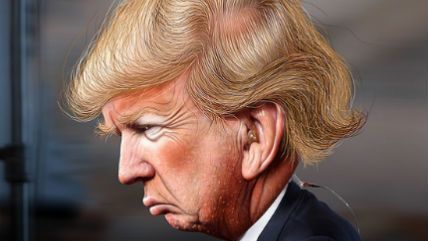 The Founders were worried about "progressive" presidents like Teddy Roosevelt, Woodrow Wilson and, more recently, Barak Obama using their perch to

play moral hero. Obama, in particular, wanted to be a transformative president looking for great causes to reshape the country's moral landscape like Martin Luther King and Abraham Lincoln.

But the Founders never imagined that the country would one day be led by a moral moron with a sixth graders' capacity for moral reasoning and no feel for this country's history of moral progress. That, sadly, is exactly what Trump is, as his fake moral equivalence between the neo-Nazis and protesters—and Thomas Jefferson/George Washington, on the one hand, and Confederate General Robert E. Lee, on the other, suggests.

Fortunately, in a free country, people don't have to wait for the conscience in chief for direction. They think and act on their own and that's exactly what Americans have now started doing to restore the moral balance in their country, I note in my column at The Week.