The Apocalyptic Faithlessness of Trump/Bannon Conservatism

What does it mean when a president is constantly worried that we 'won't have a country' anymore? 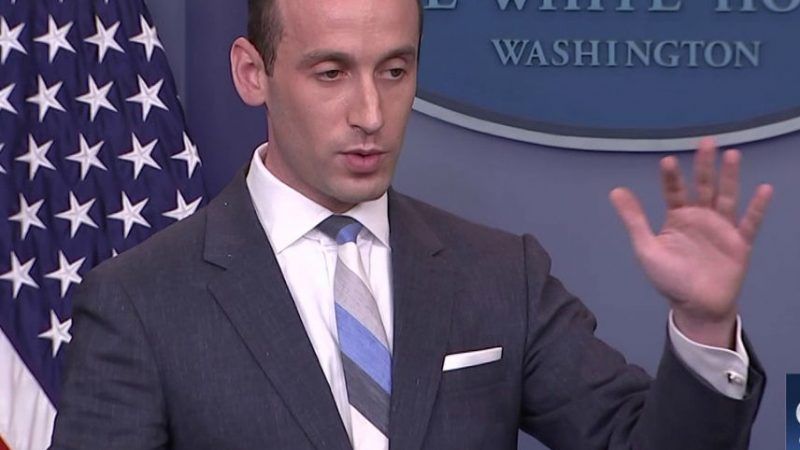 President Donald Trump's big foreign policy speech in Warsaw last month, crafted in part by nationalist Stephen Miller, included the startlingly pessimistic assertion that "The fundamental question of our time is whether the West has the will to survive." Trump, Miller, and populist strategist Steve Bannon often express such existential insecurity when talking about everything from immigration policy to refugee resettlement to bilateral trade deficits. If we don't soon address the latter concern with Mexico, Trump warned Mexican President Enrique Peña Nieto in a phone conversation leaked last week, "We will not be the United States anymore."

Such fundamental pessimism represents something new in the White House, I argue in today's L.A. Times, telling us something not just about the new populists, but the failures of the managerial class they have supplanted. Excerpt:

It's [the] inward-looking anxiety that distinguishes the blood-and-soil nationalism of Trump, Steve Bannon and Stephen Miller…from the Cold War confidence of Reagan and the us-vs.-them cockiness of post-9/11 George W. Bush. It's hard to imagine a National Security Council strategic planning director of any other modern president write, as the recently fired Rich Higgins did in a memo in May, that a broad section of the American political spectrum has "aligned with Islamist organizations at local, national, and international levels" to form a "counter-state" in which "they seamlessly interoperate through coordinated synchronized interactive narratives."

The apocalyptic style is hardly new to American politics: We're used to such howls from wilderness figures such as Pat Buchanan and 1992-era Jerry Brown. More heretofore successful pols, however, found ways to signal to their friends in the media that populist demagoguery is just a mask to be worn during primary season. Sure, the Hillary Clintons of the world would campaign against free trade, but in our hearts we knew they'd flip-flop. Part of the collective shudder of revulsion you can experience daily from the national press comes from the fact that Trump and the Bannonites appear to actually mean it.

More, including generous swipes at John Kasich and other handmaidens to the last 16 years of crappy public policy, here. I previewed the apocalyptic turn of American politics here back in December 2015.