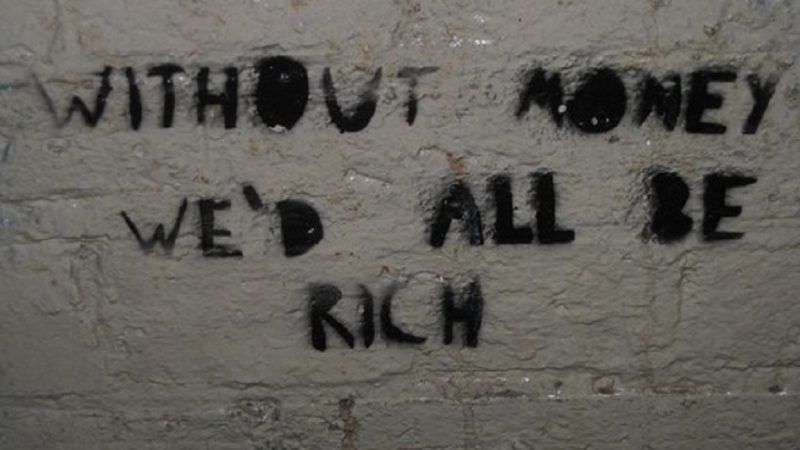 "Income inequality in the United States has increased significantly in the last four decades," Leilani Barnett of the Federal Reserve Bank of San Francisco wrote last week for the California Economic Summit.

And, it turns out, the activist government interventions in the economy favored by the people most concerned about the increasing gap between rich and poor are probably making things a hell of a lot worse.

To back up a bit, not everybody agrees that income inequality in itself is an enormous concern. Writing for Reason, Ronald Bailey has pointed to research demonstrating that income mobility remains healthy, with Americans continuing to move beyond the socio-economic ranks into which they were born. "Results provide very little support for the hypothesis that inequality shapes mobility in the United States. The inequality children experienced during youth had no robust association with their economic mobility as adults," reports a 2014 paper he cited.

Still, the growing gap between the wealthy and the poor is a preoccupation in many circles—particularly among people who favor activist government economic policies to rectify the situation. So it's interesting when the Federal Reserve Bank's Barnett adds that "One factor contributing to this trend is the increase in involuntary part-time workers," and then reports that employers tell researchers they've turned to hiring part-time workers instead of full-timers because of the costs associated with employee benefits, health care, workers' compensation insurance, and minimum wage hikes.

Barnett draws from an April 2017 working paper that collected data through roundtables held across the West. Researchers found that housing, transportation, and child care availability and affordability are major concerns for job seekers. Employers told them they've changed their hiring practices in response to expensive government mandates. Workers are worried about exceeding income thresholds for social service benefits and so deliberately work less. And the "shadow economy"—off-the-books-work—has become an attractive way for people to make ends meet without running afoul of taxes, rules, and regulations.

Government mandates aren't just discouraging full-time private sector employment, the working paper notes—it's even hitting the people generating all that red tape. "One participant from the public sector stated that her agency 'chose to hire two part-time employees rather than one full-time employee because they could get a lot more hours of work for cheaper with two part-time employees due to much lower cost of benefits.'"

Some of those higher household costs burdening workers can be laid at the government's doorstep, too. I've written in the past that regulation of child care tends to make it inflexible and expensive. "Regulation intended to improve quality often focuses on easily observable measures of the care environment that do not necessarily affect the quality of care but that do increase the cost," reported economics professors Diana W. Thomas of Creighton University and Devon Gorry of Utah State University in a 2015 paper for the Mercatus Center.

Housing, too, has become more expensive as a result of regulatory action—particularly in California, where the Federal Reserve Bank of San Francisco makes its home.

"Many of California's problems are self-inflicted, the result of misguided policies that have tended to inflate land prices and drive up the cost of all kinds of housing," according to a report from Chapman University's Center for Demographics and Policy. "Since housing is the largest household expenditure, this pushes up the cost of living." In particular, the report puts the blame on state officials' war on "sprawl" and preference for dense, urban development. "In recent decades, land use policies have generally included 'urban containment' strategies that impose 'urban growth boundaries' and related policies that significantly restrict or even prohibit new suburban detached housing tracts from being built on greenfield land."

Lawmakers and government officials put on their concerned faces to talk a good game about income inequality. But then they impose policies that raise household costs, discourage employment, and distort even their own hiring practices. They then offer social services that can actually make working harder unattractive—unless you do so off the books.

Case in point: Seattle's $15 per hour minimum wage was sold as a corrective to the gap between rich and poor. Instead, it has predictably raised the cost of hiring employees, reduced many workers' net income, and slammed the very people it was supposed to benefit.

Inevitably, limiting access to aboveground, full-time employment will exacerbate not just income inequality, but income mobility—the potential for people to rise above the circumstances into which they're born. Discouraging full-time employment with misguided polices cuts the bottom rung off the economic ladder and hacks pretty vigorously at those above, too.

Barnett shies away from recommending that government back off the economic interventions that are making life so much harder for so many people. She recommends, instead, "holistic solutions that integrate across the identified challenges" and that include a hefty dose of more government programs.

But it's impossible to avoid the conclusion that piling on more of the policy tinkering and interventions that have made economic advancement so difficult for so many people will just make matters worse.

Government officials should focus on undoing the damage they've done. And then they should leave people alone to make a living. Given the fallout from past fiddling, that looks like the best approach to correcting income inequality and for promoting a dynamic society that allows people to build decent lives.