...and put up a parking garage 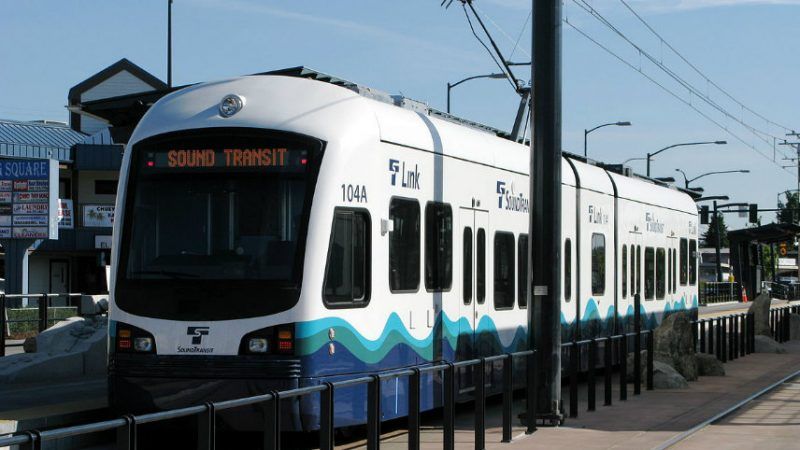 When Sound Transit, the Seattle-area transportation agency, proposed a parking garage for its commuter rail station in Puyallup, it explicitly declared that the project would support the suburb's "community character" and minimize "adverse impacts to the natural and built environment." But now it wants to tear down the town's longstanding Fraternal Order of Eagles lodge, and it's petitioning the Pierce County Superior Court for the eminent domain power to seize the property.

Members and patrons of the club—a fixture in the community—were shocked at the news.

"This is very infuriating. The Eagles has been there way before Sound Transit was ever thought of," declared one commenter on the lodge's Facebook page.

"There are other places a park and ride can go. It not only displaces us but also disrupts the school and the buses," said another.

When Sound Transit started designing plans for its $60 million Puyallup Station Access Improvement Project, it produced six possible plans for expanding its parking capacity. Four of those alternatives did not involve taking any land from the lodge. One even offered the possibility of constructing an entire parking facility, holding the same number of cars, closer to the Puyallup Station, on land Sound Transit already owned, and for the same amount of money.

Mariya Frost, a transportation policy analyst at the Washington Policy Center, says this is standard practice for Sound Transit.

Sound Transit's light rail extension in Federal Way, for example, will displace 196 residents and 42 businesses, as well as cutting through what is currently an elementary school playground—all in a community where 91 percent of households have a car. The alternatives would have left the school untouched and displaced fewer residents.

Frost calls the Puyallup project a "pretty solid example of the abuse of eminent domain to the detriment of an entire community of people."

The lodge and the larger community seem to agree.

"We don't want it," Eagles secretary Jerry Miller told the Tacoma News Tribune last year, noting that the group had no mortgage at its present location and was not eager to sell. Another Eagle, Ellen Blakely, informed the paper that moving would impact the chapter's charity work: "If we have to move, we will have to put all our money into building a new home and won't be able to donate."

And the rest of the town? In 2016, when the $54 billion light rail extension was on the ballot, Puyallup soundly rejected it, with some precincts opposing it by margins of 20 percentage points or more. "Just because light rail plows through a certain city or there's a transit station in certain city, it doesn't mean a community receives value from that particular service," says Frost.