"We'd even gone to see if I could legally adopt him so he didn't have to stress being an illegal alien": Humans of FreedomFest 5

Portraits from the world's largest annual gathering of libertarians 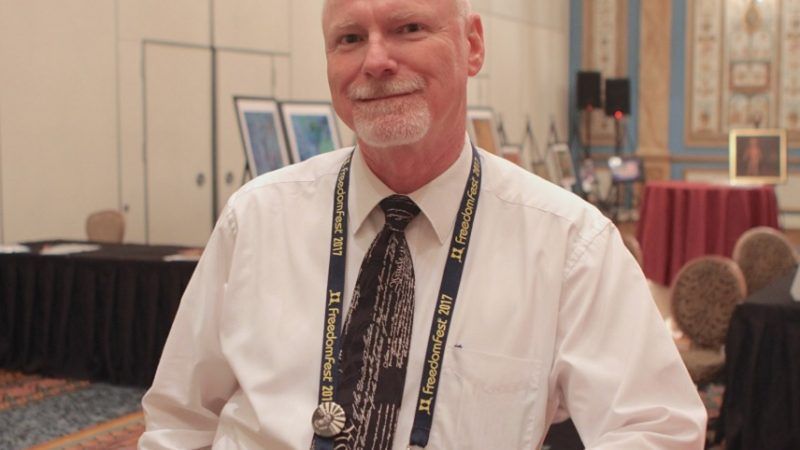 Are any political issues personal for you?

"I could get emotional over a lot of issues. Nick [Gillespie], about a month ago, was in Queens. And he was walking down the street. A guy pulls up and says 'Aren't you Nick Gillespie from Reason?' And he holds up his Reason magazine. And it's one of my former students. Who, when I first met him, was a 10th grader and an illegal alien. Great kid. Baseball player on my team. Editor of my school newspaper. We'd even gone to see if I could legally adopt him so he didn't have to stress being an illegal alien… he's probably one of the best Americans I know, this kid."

"I went to college in Texas and I started a YAL [Young Americans for Liberty] chapter. And it got shut down. And so I worked with FIRE [Foundation for Individual Rights in Education], we sued, and won. It was kinda my entry into the liberty movement. It was the first time I was on campus as a YAL chapter, I was just recruiting, letting people know there's this libertarian group on campus. A student was offended because I was talking about guns on campus. So they went to the administration. And then they came to me with three armed police officers saying I was not allowed to talk to students without permission. If I wanted to talk about guns, I would need special permission."

Have you ever changed your mind on an issue?

"Oh sure. Well now I'm gonna upset you. Probably. When I lived in Britain, I was really scared of socialized medicine. But I found that the NHS [National Health System] was more efficient than our hybrid state-private system. So I think we either need a true private system or a true public system."

"Humans of FreedomFest" is a series. Read previous installments here.