Watch Michael Moynihan get his junk checked, and listen to Kmele Foster wax poetical about his family's immigration. 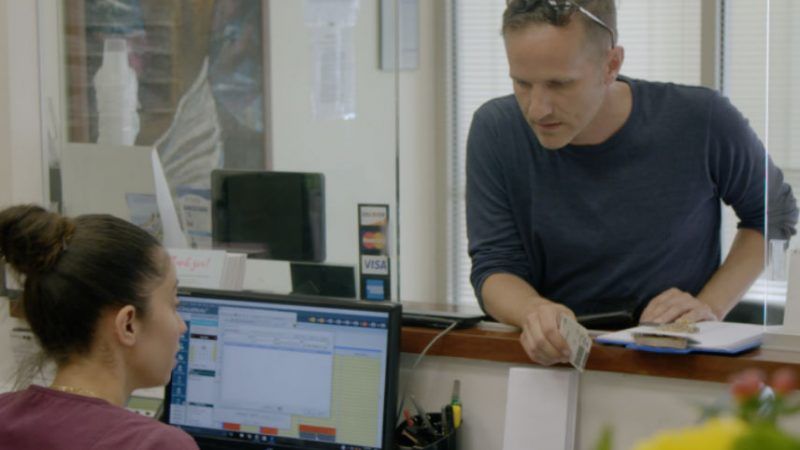 Last week on HBO's Vice News, former Reasoner and current Vice person Michael C. Moynihan, one-third of the weekly podcast (and Sirius XM radio show) The Fifth Column, let a series of doctors probe his sensitive areas while he attempted to ask them questions about costs, paperwork, and distortions in the medical market. The results are amusing and interesting, and you can watch them here:

We talk about that experience, in the context of Obamacare repeal's latest failures, on this week's episode of the podcast. Other topics include Vegas trips of yore, involving a singer named "Cheese."

* Jeff Sessions and his many problems.

* Advancements in and structural impediments to forensic science, and reforms thereof.

Reminder: Over the weekend you can listen to an hour-long version of The Fifth Column on Sirius XM POTUS (channel 124) Saturdays at 11 a.m. ET then Sundays at 1 a.m. and 3 p.m. And you can always find more Fifth Column at iTunes, Stitcher, Google Play, wethefifth.com, @wethefifth, and Facebook.