'I Teach How to Think, Not What to Think': Humans of FreedomFest, Part 3

Portraits from the world's largest annual gathering of libertarians. 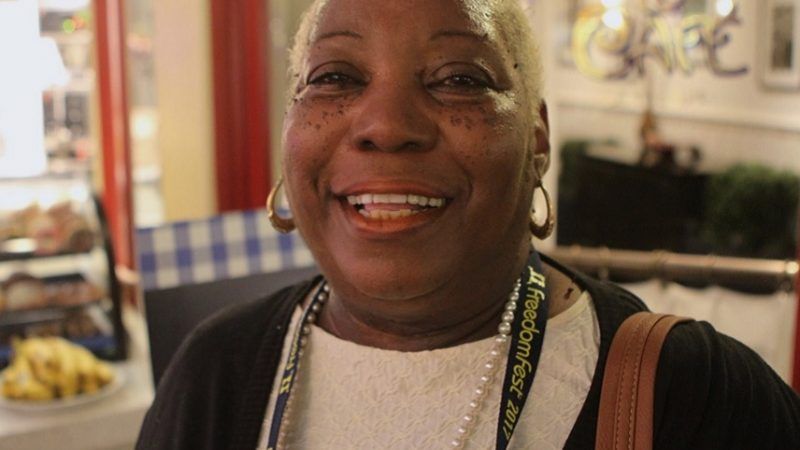 "I'm a teacher. I work with middle schoolers, high schoolers, and I'm just trying to help them think. I get a few students who will challenge me. I don't have a problem with that. Bring it on. I teach how to think, not what to think. That's what I do. I don't know how much longer I got, 'cause I'm a substitute teacher so I'm all over the place. By the time I say what I have to say, I'm gone. They can't catch up with me!"

"The main reason I support Donald Trump is because of his immigration policies. That's why I like him the most. I'm not really into his economic policies, whether he taxes the rich or not, because it's not even my country. I care about what's best for my country [Germany]. And obviously we need to be competitive, so I don't want another country doing better than mine."

This is the third installment of Humans of FreedomFest. To read previous ones, go here.