Millennials Stare Down Looming Midlife in Friends from College 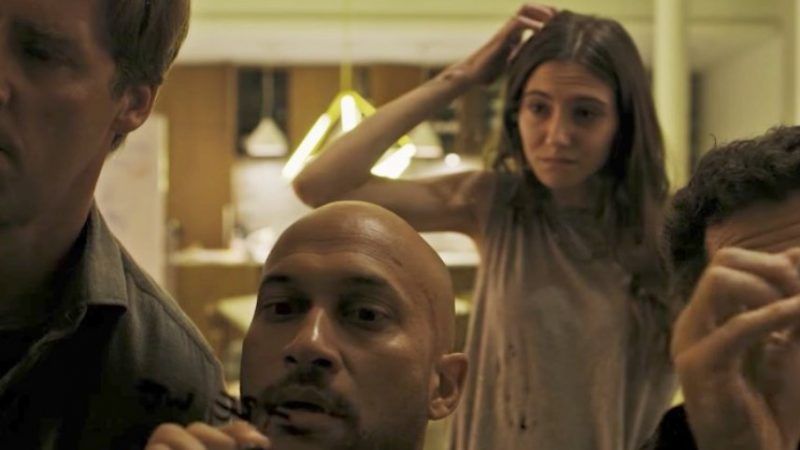 Nothing jingles at the box office like that first intimation of generational mortality. From the wistful yuppies in The Big Chill mourning the loss of their Woodstockian certainty that property is theft to the crushed Gen-Xers of St. Elmo's Fire who've just realized that the baby boomers already said, thought, did, ate, drank, smoked and fornicated everything worthwhile, age-demographic genocide is one of Hollywood's best loved themes.

And now time's up for the millennials, who with Netflix's new series Friends from College get to marvel at the squalid failure of their lives while weeping with nostalgia for 9/11, the dot-com bubble and all the other deliciously dope days of their youth.

But as clichés go, you could do a lot worse than Friends from College. It mostly avoids portentous "Voice of a Generation" claptrap and sticks to a character-driven story of six college pals who for 20 years have clung to a dysfunctional friendship that's less a lifeboat than a pocketful of lead weights. If the tagline for The Big Chill was, "In a cold world, you need your friends to keep you warm," Friends from College's might be, "You need your friends to remind you that, though the world has grown, you're still the same shallow, emotionally stunted dork you were as a teenager."

At the center of the phalanx of six pushing-40 Harvard alumni is Ethan (Keegan-Michael Key, Key and Peele), a novelist whose work is wildly popular with critics and ruthlessly shunned by readers. His move to New York with his wife and fellow alum Lisa (Cobie Smulders, How I Met Your Mother), a former ACLU lawyer who has just jumped ship to the corporate dark side, reunites the circle of friends—but also threatens to surface some damaging secrets in a group that imagines it has none.

The most threatening is Ethan's long-running but totally clandestine affair with upper-crust interior designer Sam (Annie Parisse, Vinyl), which predates even his marriage. Almost as complicated is Ethan's relationship with another member of the group, Max (Fred Savage, The Wonder Years), who doubles as his agent. Their friendship has, until now, kept Max from saying what he really thinks of Ethan's flock of literary awards: "You won a ton of shit that one's ever heard of." He advises Ethan to give on writing the Great American Novel and turn to young-adult books. Specifically: "Vampires with cancer. They live forever, they die forever!"

Rounding out the group are Marianne, (Jae Suh Park, The Mindy Project) an aspiring actress who has just hit the apogee of her career with a role in a waaaaaay off-Broadway (specifically, in a high-school gym) reverse-gender production of A Streetcar Named Desire, and Nick (Nat Faxon, Married), a trust-fund playboy whose major concern in life is the impending demise of the C-word.

Superficially, the interactions among these characters often concern the here and now, particularly the concerns of impending middle age from infertility to infidelity. But often they seemed to be literally continuing arguments from sophomore year, as when one yells, out of the blue, "You are such a Kantian!" during an argument over a dead rabbit. (Don't ask.)

And nearly always they seem to take place within harsh emotional and intellectual parameters established 20 years earlier. Sighs Sam's exasperated husband, who didn't go to Harvard, after one dinner: "Every time you get together with them, you all become a bunch of little bitches, all this sniping and shoving." And the petty backbiting has taken a toll over the decades, among other thing, in unasked question like: What's lacking in my marriage that has fueled a 20-year-affair? And why hasn't my spouse sensed anything wrong in all that time?

That's not to imply Friends from College is merely prickly bitchfest. The cast is far too talented to let that happen, particularly Key, who breaks away from his sketch-comedy characterizations for a complex—and yet still very funny—lead role. And the script, when it's going for laughs, is absolutely riotous. The scenes taking place in the frat-boy bullpen at Lisa's new hedge fund office—favorite on-going prank: during conversations with SEC compliance officers, they mute their end of the call, then drop trou and rub their junk on the phone—are pee-your-pants hilarious.

But even when Friends from College is being funny, there's a certain ominous backbeat to the show, a sense of stifled voices, bitten tongues, lives unlived. Like those vampires in Ethan's unwritten vampires, these people have been dying forever. And eventually, one of them is going to kick open the lid on their coffin.