Can Libertarian Cliff Hyra Make a Dent in the Virginia Governor's Race? 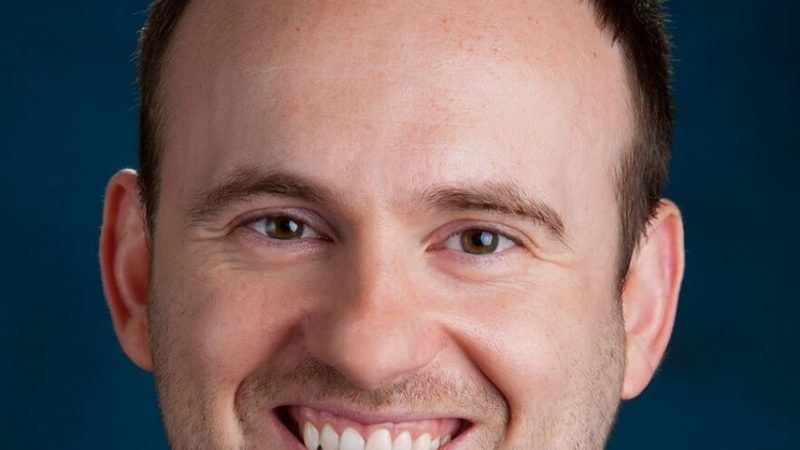 Cliff Hyra has a ready answer for anyone who thinks being governor is not an entry-level job: Roughly one-fourth of the country's current governors started their political careers that way. One of them, in fact, serves as governor of Virginia. (Whether Terry McAuliffe qualifies as an argument for gubernatorial neophytes or against them is an open question.)

Wisely, Hyra—the Libertarian Party's candidate for governor of Virginia this year—does not bring up another example of a novice: Donald Trump, who holds the most important elected position in the world without any prior political experience. Trump's approval ratings in Virginia continue to dangle below 40 percent.

But Trump does neuter arguments Libertarians often confront, such as the notion that people will not vote for a political outsider. And the criticism that Libertarian candidates are ill-prepared for office—a stereotype Libertarian presidential candidate Gary Johnson reinforced last year with his infamous Aleppo Moment. That was embarrassing, but Trump makes Johnson look like a walking encyclopedia.

The Trump era also confounds other received wisdom, such as the supposed immutability of ideological groups. A recent Cato Institute study on "The 5 Types of Trump Voters" finds that almost 20 percent hold essentially progressive views on economic and social issues. Some of the fiercest Trump critics, on the other hand, are traditional conservatives of the National Review variety. "Never-Trump Republicans" make up a significant segment of the political populace.

This has led to a fair amount of speculation about a potential re-alignment of America's political parties. Libertarians, who generally sound like Republicans on economics and Democrats on social issues, should be able to benefit from such a realignment by forming a coalition from both parties who favor limited government across a broad swath of issues.

Nice theory, anyway. It hasn't worked out so well in practice. ("Just like libertarianism itself!" cackle Statler and Waldorf from the Muppet Show balcony.) Even in elections where Libertarians have had a chance to break into the big leagues because the two major-party candidates turned off so many voters, they have come up short.

It happened last year, when Johnson—a former Republican and two-time governor—received only 3 percent of the vote. And it happened four years ago, when Libertarian gubernatorial candidate Robert Sarvis won 6.5 percent of the vote for governor of Virginia against McAuliffe and the GOP's Ken Cuccinelli.

If Libertarians can't break 10 percent (or even five) in elections like those, it's hard to see how they can make a bigger splash any other time. Which isn't to say the party is doomed to irrelevance. New Hampshire now has three sitting Libertarians in the state legislature. And even candidates who have no chance of winning can still make an impact by steering public discourse down different avenues. Just ask Bernie Sanders.

Yet Sanders was no neophyte. He was an established politician offering an alternative to dissatisfied party loyalists. Virginians already have had two of those this year: Tom Perriello on the left and Corey Stewart on the right. Periello carried the Sanders flag in the Democratic primary and got trounced. Stewart, a Trumpian to the core, carried the Confederate flag in the GOP primary and almost won.

That is bad news for the Virginia GOP, but it could be worse news for Hyra—who, on his campaign website, describes himself as "socially inclusive." In his acceptance speech at the Libertarian Party nominating event, Hyra also stressed the virtues of "unlimted freedom and"—please note—"respect."

Social inclusion and respect were not exactly high among Stewart's campaign themes. And Republicans who are turned off by the Stewart wing of the party can simply vote for their establishment nominee, Ed Gillespie.

Still, Hyra is performing a signal service simply by running. Like Sarvis before him, he is palpably smart, with an undergrad degree in aerospace engineering and a career as an intellectual-property lawyer.

He is straight-laced, which can only do good for the Libertarian Party's image. And he thinks people are tired of partisan rancor, and therefore might be open to someone who focuses on "ideas, not teams or tribal affiliation." He is "not an ideologue by an means," he says. "Incrementalism is sort of my calling card… I don't worry about privatizing the roads." If a policy works, then "we should be open to it."

Hyra has crafted a platform tailored to promote innovation and economic growth: End the state's BPOL tax, which applies to the first dollar of business revenue, rather than the first dollar of profit. Repeal certain occupational licensing requirements. Cut personal income taxes. Expand charter schools. Repeal the Certificate of Public Need regime in health care. Legalize marijuana. Roll back regulations that hinder the growth of the food and beverage industry.

And focus on respect. "Respect is at the heart of libertarianism," he said in an interview on Wednesday: Just because you think someone else is wrong doesn't mean you should impose your will on them. It's important, Hyra says, to have "respect for people no matter how different they are."

That's a message Virginians probably respect in turn. Whether the regard translates into votes, however, could be a different story.