Regime Change in Iran Is Neither Necessary Nor Prudent

Despite threat inflation by Iran hawks, the country has limited capabilities. 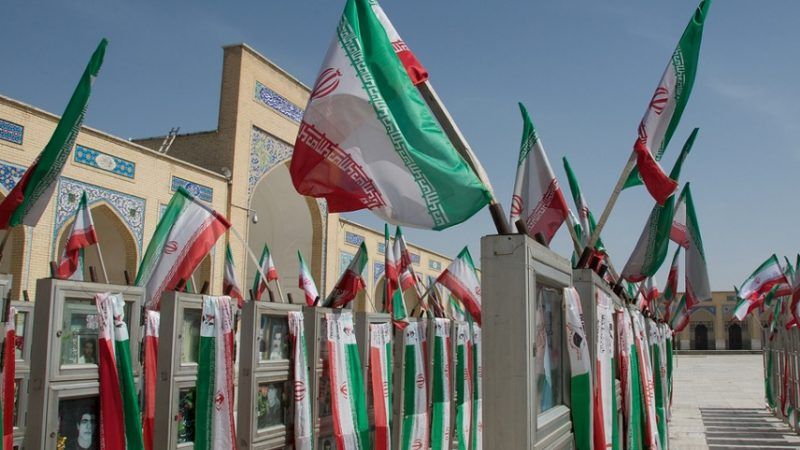 There's mischief afoot in the White House, and it's the familiar mischief of regime change. Some in President Trump's advisory circle are reportedly pushing for an official embrace of regime change as the United States' policy toward Iran.

Sen. Tom Cotton (R-Ark.) is at the forefront of this ill-advised endeavor. "I don't see how anyone can say America can be safe," he told Politico, "as long as you have in power a theocratic despotism" in Iran.

First, let's agree the government of Iran is an unsavory regime. Tehran has a well-documented record of human rights abuses, so Cotton's "theocratic despotism" label is not unfair. Iran also has a reputation for sponsoring terrorism and backing Syria's genocidal government.

To be sure, the recent re-election of President Hassan Rouhani, who campaigned on a message of moderation and liberalization, is a step in the right direction. Rouhani's hardline opponent was considered the favorite of Iran's supreme leader, Ayatollah Ali Khamenei, and his voters hailed the win as a victory for peace and positive international diplomacy. More importantly, younger Iranians are increasingly secular and pro-Western. They are challenging their government's strict social controls and have a positive view of America. As these generations mature and Khamenei's cohort dies off, political evolution (if not revolution) is likely.

Still, it would be naïve to deny that the potentially free and open Iran of the future is not yet here. But it would be even more naïve—and dangerous, too—to make the leap from this basis to Cotton's support of U.S.-orchestrated regime change.

The weight of pragmatic considerations here is enormous. Consider what happened in Iraq, the United States' biggest post-9/11 regime change project. What was sold as a necessary and relatively easy war has dragged on these 14 years. Iraq today is less stable than it was before American military intervention; it has become a breeding ground of terrorism, a festering sore oozing the poison of radicalism across the greater Mideast. We have little to show for more than a decade of nation-building efforts spread across three presidencies. With trillions spent and tens of thousands of American and Iraqi lives lost, no one can credibly say regime change in Iraq was a decision worth repeating.

Apply the same approach to Iran, and the results will be more disastrous. Iran has more than double Iraq's population, and Iranians are better educated and more urbanized. Iran is more than triple Iraq's geographic size, and its economy and technological development are both superior to its neighbor to the east. Add to that the United States' history of meddling in Iran's internal affairs—recent history that is not forgotten and will keep Iranian moderates and reformers from being sympathetic to American goals— and the probability of a successful regime change imposed by Washington is exactly nil.

The good news is there is no credible case such an effort is needed. Contra the threat inflation from Iran hawks, the country is fundamentally a regional power with bounded influence.

It is a majority-Shiite state surrounded by Sunni enemies, most notably the well-armed and U.S.-supported Saudi Arabia. It is halfway across the globe from our shores, isolated from us by the world's largest natural moats, and would be laughably outmatched by the U.S. in conventional warfare. Moreover, American intelligence agencies have consistently and unanimously said since 2007 that Tehran is not engaged in a nuclear weapons program. And though hardly an American ally in the war on terror, Iran does join Washington in actively opposing the Islamic State, the chief terrorism threat we face today.

This assessment of Iran's limited capabilities—not to mention the gross expense, risk, and instability regime change would unquestionably produce—is why foreign policy realists argue America can be safe without launching another long, bloody war of choice.

Again, none of this is to say the Iranian regime is a paradigm of freedom and respect for human rights. It is uncontroversial to say it is not. But you don't have to love the government in Tehran to recognize that pursuing a policy of regime change is neither necessary nor prudent.

Bonnie Kristian is a fellow at Defense Priorities and contributing editor at The Week. Her writing has also appeared at Time Magazine, CNN, Politico, USA Today, the Los Angeles Times, Relevant Magazine, The Hill, and The American Conservative, among other outlets.