The Foolishness of Pursuing Regime Change in Iran

A certain amount of danger is unavoidable in a multinational world. And the dangers of trying to achieve total security are the worst dangers of all. 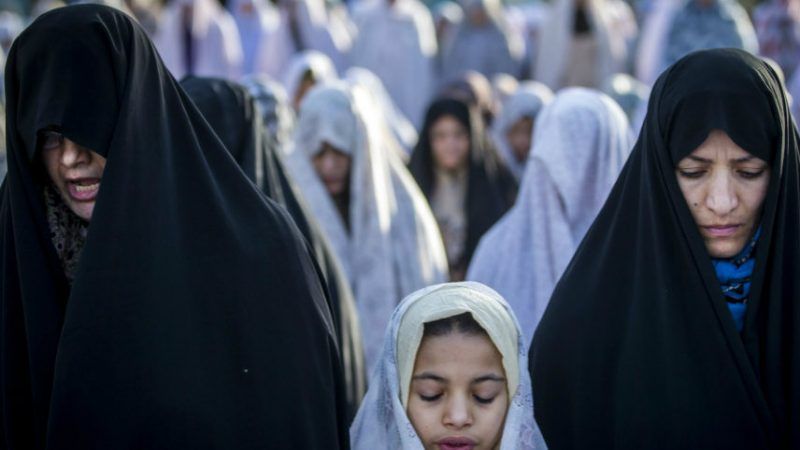 Hearing American policymakers talk about regime change is like watching Wile E. Coyote open a package of dynamite he ordered. No matter how clever his scheme, you know that sooner or later, he'll get blown up. He never seems to figure out that TNT is something to avoid.

Some people in Washington are sick of trying to get the government of Iran to change its ways—which include financing terrorism, punishing dissent, and supporting Syrian President Bashar Assad. They have embraced another idea: Help topple the rulers in Tehran in hopes of getting someone more to our liking.

This is a reminder of the maxim that for many people, the only use of history is to disregard it. The United States has a long history of fomenting regime change in other countries—including Iran, in a CIA-sponsored coup in 1953—and the results have generally been calamitous.

Yet its appeal persists. While he was in Congress, CIA Director Mike Pompeo endorsed the removal of the existing government. Secretary of State Rex Tillerson has called for a "peaceful transition" to a new regime in Iran.

Among those captivated by the idea is Sen. Tom Cotton (R-Arkansas). He told Politico, "I don't see how anyone can say America can be safe as long as you have in power a theocratic despotism."

How could America be safe as long as Russia was ruled by a blood-drenched Communist regime that enslaved half of Europe and had the capacity to destroy us in a nuclear holocaust? Through a strong military, firm alliances, and a missile arsenal that ensured our capacity to destroy it in return.

It's a snare. A certain amount of danger is unavoidable in a multinational world. And the dangers of trying to achieve total security turn out to be the worst dangers of all.

It was not Iran that spawned the scariest enemy now on the horizon—the Islamic State group. It was the U.S. occupation of Iraq after we invaded in 2003 to, yes, topple the government. President George W. Bush and Vice President Dick Cheney were among those who thought America could never be safe as long as Saddam Hussein was in power.

As it happened, America was safer with him than it has been without him. The invasion bogged us down in a bewildering civil war that left 36,000 Americans dead or wounded, destabilized the region, and expanded the influence of … Iran.

The theocratic despotism in Tehran is stronger today than it was in 2003. "Iran not only lost an enemy when Saddam was hanged, it gained an ally in the new Iraq," wrote Thomas Ricks, author of two books about the war.

It also came out ahead when we invaded Afghanistan to bring down the Taliban government, another enemy of Tehran. Our reward was the opportunity to fight a war that has lasted 16 years and shows no sign of nearing the end.

Regime change in Libya didn't go so well, either. Because it was hard to imagine that anything could be worse than the vicious rule of Moammar Gadhafi, President Barack Obama saw no downside in using air power to bring him down. But success was fleeting. Soon, Libya was embroiled in anarchy and overrun by the Islamic State, with repercussions far beyond its shores.

"The instability in Libya and North Africa may be the most significant near-term threat to U.S. and allies' interests on the continent," Gen. Thomas Waldhauser, head of the U.S. Africa Command, said in March. A half-million of the refugees flooding Europe came from Libya. So did Salman Abedi, who killed 22 people in a suicide bombing in Manchester, England, last month.

Faced with a perennially hostile government, our best bet is to use pressure and diplomacy to moderate its behavior—as Obama did with the Iranian nuclear deal. It's not ideal, but it's the best of our bad options.

Relying on any means short of war to overthrow the government has little chance of working. Military force might be more effective, but it would mean full-scale war in Iran. Even if we were to win, the outcome would most likely yield more chaos, conflict and terrorism.

As Wile E. Coyote could attest, it's one thing to light the fuse. It's another to escape the blast.