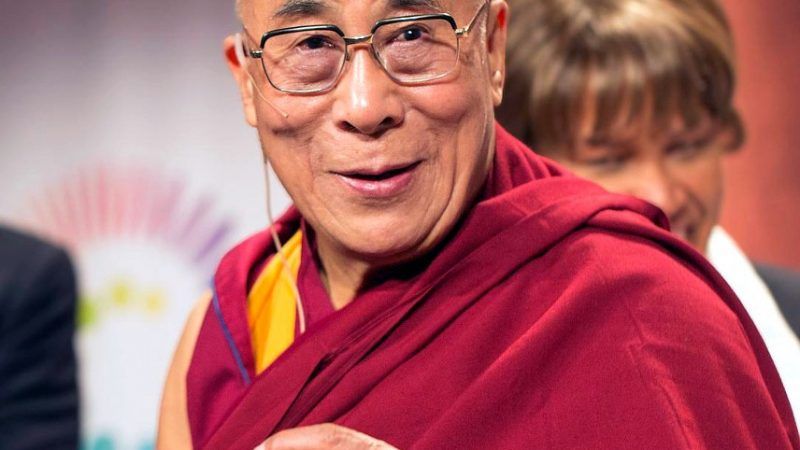 "UCSD is a place for students to cultivate their minds and and enrich their knowledge. Currently, the various actions undertaken by the university have contravened the spirit of respect, tolerance, equality, and earnestness—the ethos upon which the university is built."

What reads like a standard complaint from campus activists actually contains a surprising twist. Rather than the usual hullabaloo over Charles Murray, Ann Coulter, and Milo Yiannopoulos, the subject of student ire this Saturday at University of California, San Diego, was none other than the Dalai Lama.

Despite the similarity in rhetoric, the protesters weren't liberals offended by a provocative right-wing speaker, but Chinese students—the passage above is from the Chinese Students and Scholars Association—who see the Tibetan spiritual leader as a separatist political figure who threatens their culture and governance.

When the planned commencement address was announced this winter, it drew anger from many Chinese students, who comprise about 14 percent of the student body. Outraged Facebook comments criticized the choice as too divisive, a characterization that flies in the face of the the Dalai Lama's cuddly western image as an exiled martyr.

"The Dalai Lama spent his whole life trying to separate Tibet from the mainland of China, regardless of how much privilege and freedom the government offered the people of Tibet," wrote Chinese-American undergrad Ruixuan Wang in an op-ed for the student newspaper, The Guardian. "His conflict with our government caused property loss, deaths of innocent people, and panic among the general public––even though he claims that he advocates for a nonviolent revolution."

The students are right: Those values are proclaimed by UCSD, and almost every university, in some form. And when speakers come under fire on campuses across the country, students often jump to these stated core values as justification for the idea that they need protection because their treasured learning environments are being sullied by offensive ideas.

The Dalai Lama's language is clearly not meant to incite controversy, and rhetoric centered around world peace is far from incendiary. But college administrators have proven, time and time again, that they're willing to concede to the demands of disgruntled or offended students. If all 14 percent of the Chinese student body were offended, would that be a significant enough number for the administration to take action? When speakers like Charles Murray come to other campuses, disgruntled students likely make up similarly small numbers––the vast majority remain apathetic. So does administrative action hinge on the number of offended students or the content of a speaker's message?

The administrators ultimately chose not to act, and the Dalai Lama gave a thoroughly predictable speech about the value of working together as "one human family" to achieve lasting peace. "You have the opportunity and also the responsibility to create a better world, a happier world. No longer violence. No longer this huge division"—an ironic message, given that his appearance itself was divisive.