Trump Revives Failed U.S. Theory That Cubans Will Be Best Helped by Harming Americans (and Cubans)

The president rolls back some of Obama's "completely one-sided deal with Cuba," reasserts that America will be a champion of liberty in "our hemisphere." 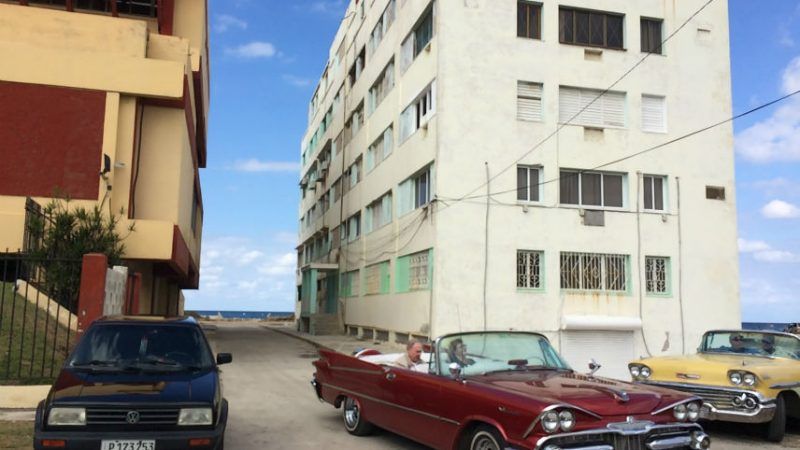 During his speech this afternoon in a Little Havana theater named after one of the participants in the United States' disastrous Bay of Pigs invasion, President Donald Trump reasserted the principles behind more than half a century of backfired Washington attempts to drive the communism out of Cuba. "With God's help," Trump said, "a free Cuba is what we will soon achieve." That tantalizing dream has been eluding American presidents since before the invention of the audio cassette.

"I am canceling the last administration's completely-one sided deal with Cuba," the pleased president proclaimed to a rapt audience that included Sen. Marco Rubio among other Cuban-American notables. As the Miami Herald archly added, "even though he's not." In fact, Trump's plan leaves intact Obama's moves two and a half years ago to normalize diplomatic relations, allow for direct U.S. flights, quadruple the amount of remittances that can be sent to the island, and enable unlimited travel by family members of Cubans.

What the plan does do, among other things, is re-require individual Americans to obtain travel permission slips from the Department of Treasury's aptly named Office of Foreign Assets Control. "We will enforce the ban on tourism," Trump crowed. Traditionally, the upper band on said enforcement has been 10 years in prison for unauthorized visitation. As Sen. Jeff Flake (R-Ariz.), a supporter of Obama's approach, told Reason in Havana 18 months ago, "These aren't sanctions on Cubans, these are sanctions on Americans….It's not a concession to allow your own population to travel. That's an expression of freedom."

To support this crackdown on Americans, Trump claimed that "The previous administration's easing of restrictions on travel and trade do not help the Cuban people—they only enrich the Cuban regime." But that claim does not survive contact with reality. American tourists give money directly to Cuban Airbnb operators, street musicians, private restaurant owners, and artists, many of whom now own their own property. Sure, those entrepreneurial Cubans have to cough up various tributes to the state, but there is no doubt that their own personal lot has improved. As Flake told us, "You have about 25 percent of Cubans who work fully in the private sector….The big change [since 2001, when he started visiting there] is the number of Cubans being able to not have to rely on government and therefore can hold their government more accountable."

Today's biggest other development was ordering the Treasury Department to promulgate rules prohibiting or at least limiting American investors' involvement in the Cuban military monopoly, which owns swaths of the local economy, including hotel chains.

Most of the rest of the changes are symbolic, if pretty interesting. In a stark departure from his speech in totalitarian Saudi Arabia, in which he emphasized that "We are not here to lecture—we are not here to tell other people how to live, what to do, who to be, or how to worship," Trump in Miami sounded more like Ronald Reagan at the Brandenburg Gate: "To the Cuban government, I say put an end to the abuse of dissidents. Release the political prisoners. Stop jailing innocent people. Open yourselves to political and economic freedoms. Return the fugitives from American justice, including the return of the cop killer Joanne Chesimard." Also, "We will not lift sanctions on the Cuban regime until all political prisoners are freed, freedoms of assembly and expression are respected, all political parties are legalized, and free and internationally supervised elections are scheduled."

Trump was explicit about the cognitive dissonance therein: It's the hemisphere, stupid.

On my recent trip overseas, I said the United States is adopting a principled realism, rooted in our values, shared interests, and common sense. I also said countries should take greater responsibility for creating stability in their own regions. It's hard to think of a policy that makes less sense than the prior administration's terrible and misguided deal with the Castro regime. […]

America will expose the crimes of the Castro regime and stand with the Cuban people in their struggle for freedom. Because we know it is best for America to have freedom in our hemisphere, whether in Cuba or Venezuela, and to have a future where the people of each country can live out their own dreams.

So it appears that Trump's version of realism includes the concept of natural spheres of influence, which may prove of interest much further than 90 miles away.