Costs are rising even as the prison population gets smaller. 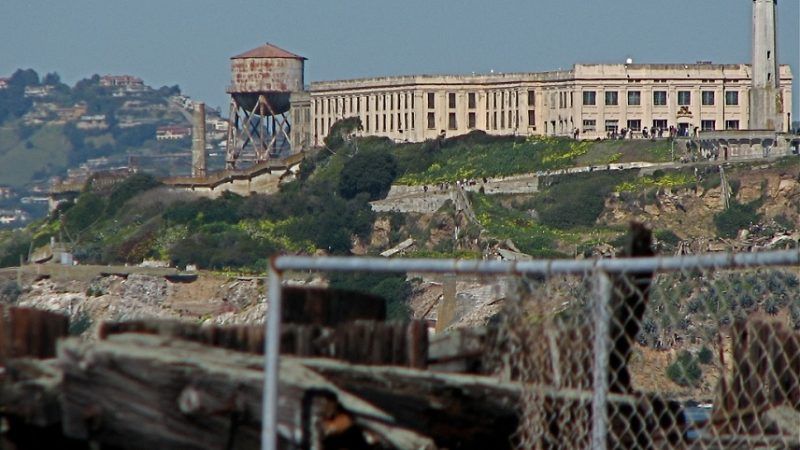 If you ever wondered what's wrong with California's state government, then mull over this simple example: While California cuts its prison population and staff, it's increasing the amount of money it spends to operate its massive prison system.

In the private sector, a decline in the number of "customers" and workers would mean lower overhead. But in state government—or, at least, this state government—the opposite is true. The higher costs are driven by escalating pay and benefit packages negotiated by unions that represent prison guards and other staff. It's an example of how powerful public-sector unions keep the state from getting spending under control, even when the need for such spending plummets.

That example comes from a new report by the Vera Institute for Justice. "Despite a decline in both its prison population and the number of prison staff, California's prison spending rose $560 million between 2010 and 2015, primarily because salary, pension and other employee and retiree benefits continued to increase, also a result of union-negotiated increases," explained the New York-based think tank that promotes criminal-justice reform.

California is in an ignominious group of 10 states that saw declines in the prison population since 2010, but which increased spending by $1.1 billion. Furthermore, California's spending increase accounts for more than half of that number. California has by far the costliest system of incarceration in the nation at more than $75,000 per inmate per year—more than triple the average cost of the 18 states with the least-costly rates.

Regardless of one's views on prison-reform issues, it's clear that California gets far less bang for its buck than other states. The savings could go to other parts of the criminal-justice bureaucracy, or to other programs or, heaven forbid, back to taxpayers. Instead, the money goes to maintain a system that isn't changing to reflect new realities.

The study focuses on the 2010 to 2015 period, and some major prison-related laws—e.g., 2014's Proposition 47, which reduced many felonies to misdemeanors and resulted in further reductions of prison populations—got started toward the end of the study period. Yet, if anything, these disturbing spending trends only accelerated in the ensuing years.

"Gov. Jerry Brown's spending plan for the fiscal year that starts July 1 includes a record $11.4 billion for the corrections department while also predicting that there will be 11,500 fewer inmates in four years because voters in November approved earlier releases for many inmates," wrote Don Thompson for The Associated Press. "Since 2015, California's per-inmate costs have surged nearly $10,000, or about 13 percent." That's a whopping increase in a short period of time, and even more amazing given that state just raised gas taxes because it claims to be out of cash.

Some argue that there was no "safety dividend" from the passage of Prop. 47, the AP article explained. That's an unresolved point. After hitting record lows, crime rates in some big California cities have gone up the past couple of years. There is no definitive data-driven answer to the causes yet, but many conservatives blame Proposition 47 and the governor's "realignment" policies, which fulfilled a federal prison overcrowding order by moving many state prisoners to county jails.

Of course, early-release decisions and the like should be driven by public safety and civil-liberties issues rather than simply cost concerns. But even if there were no cost savings to the criminal-justice systems overall because of that proposition and other reforms, that doesn't explain why there weren't reductions in spending by the California Department of Corrections and Rehabilitation. (As an aside, the state should drop "rehabilitation" from the name given California's absurdly high recidivism rate.)

Even if overall costs remained the same (due to increased arrests, etc.), those costs are spread across myriad state and local police, sheriffs' and probation departments. The state prison bureaucracy should still see a drop in spending, as has happened in many other states. For instance, no one would doubt the credentials of Texas as a conservative, law-and-order place.

Yet, as I reported in the San Diego Union-Tribune in 2014, "While the California system is bursting at its seams, Texas has closed three prisons. Both states have crime rates that are lower than they had been decades ago, but Texas' rate is falling faster than national trends… California pays twice what Texas pays per year to incarcerate an inmate."

That column focused on former Orange County GOP Assemblyman Chuck DeVore, who now is vice president of the Texas Public Policy Foundation in Austin, and a leader in the "right on crime" movement—a criminal-justice-reform effort led by conservatives. Some of California's most liberal legislators flew DeVore, once among our state's most conservative legislators, to Sacramento that year to detail his adopted state's approach.

Unfortunately, the power of California's prison guards' union assures that many of those principles (e.g., slicing the prison bureaucracy, keeping a lid on salaries and benefits, focusing on restitution rather than incarceration, outsourcing, etc.) cannot easily be implemented here. And it would be hard to argue—with a straight face, anyway—that Californians get a better run or more humane prison system for all its extra prison spending given reports on problems within the system.

California's continuing prison mess has deep roots. When crime rates soared in the 1970s, California passed a series of tough-on-crime measures, went on a prison-building binge and ramped its spending on incarceration. The public was rightly concerned about crime, and legislators—and voters, through the initiative process—responded predictably.

But in a 2009 Orange County Register article, reporters Brian Joseph and Tony Saavedra detailed how these tough-on-crime policies emptied state coffers. The soaring costs are not just related to building and running prison complexes. "State and local governments are buckling under the weight of generous public-safety pensions, which were given to police, firefighters and prison guards without a sufficient examination of future costs," they wrote. Few questioned the expenses when people were worried about crime.

Driven by a federal court order in the late 2000s to reduce its overcrowded prisons, California embarked on a series of reforms, the most significant of which was the above-mentioned realignment system.

With the fear of crime reduced, California voters also showed a willingness to soften their previously tough approach. Voters passed an initiative that rolled back elements of the state's emblematic three-strikes law, which was viewed as the most restrictive one in the nation. The pendulum clearly has swung back in the other direction, but the one thing that hasn't swung back is the amount of money the state spends on its prison system.

There's plenty of room for disagreement about the state's past and present criminal-justice approach. Again, public safety should be the prime concern. But this much should be clear: If the state has fewer inmates, its spending on incarceration should decrease. Once again, if California wants to get its spending under control and implement needed reforms in the provision of public services, it needs to find a way to control the power of the unions.