Lack of single payer hasn't seemed to hinder superior progress made in terms of life expectancy gains in the U.S. since UN records start in 1960. 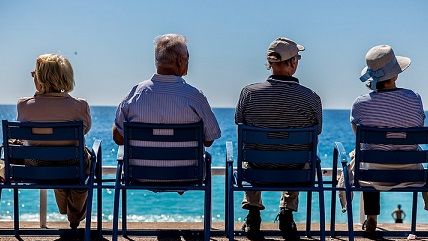 Americans spend more on healthcare than any other people in the world, yet U.S. life expectancy lags behind that in many a rich country. This discrepancy between expenditure and outcome, leftists at home and abroad argue, could be addressed by moving toward a single payer system, which would "save money, cover everyone and help us live longer." The U.S. healthcare system needs to be reformed, but is even more government intervention in our healthcare the answer? Let us first look at the data.

The United States has been drifting away from a free market in healthcare for decades. Obamacare is merely the latest, though arguably the most ambitious, attempt to regulate American healthcare so far. Still, the left feels that Obamacare did not go far enough. So, would a single payer system lead to better health outcomes in America?

Not according to Jonah Goldberg, who notes, "A recent study by the Institute for Health Metrics and Evaluation measured life expectancy by county across the United States. In 2014, a child born in Summit County, Colo., could be expected to live 86.83 years. The life expectancy of a child born in Ogala Lakota County in South Dakota, seat of the Pine Ridge Indian Reservation, is nearly 20 years shorter."

I think Goldberg is onto something when he writes that life expectancy discrepancies have more to do with lifestyle than insurance. If all of us ate well, exercised regularly, and stopped drinking and smoking, the U.S. average would go up. Other changes would make us better off still. Goldberg notes that once fatal car crashes and murders are removed from calculations of life expectancy, the United States has the "world's best life expectancy numbers." Whether that's true or not (there is some controversy about the methodology used in the original study), there is more.

Consider the Human Progress chart above. As you can see, the United States started from a considerably worse position, when the United Nations began collecting national life expectancy statistics in 1960. In that year, American, Danish, Norwegian and Swedish life expectancies were 69.77 years, 72.18 years, 73.55 years and 73.01 years respectively. During the following 55 years, life expectancy in the four countries rose by 13.45 percent, 11.32 percent, 11.02 percent and 12.72 percent respectively.

As can be seen, the United States has outperformed Scandinavia in terms of life expectancy gains over the last five and half decades. As a consequence, the gap between the two has decreased. The left might claim that U.S. life expectancy gains coincided with the creation of Medicare and Medicaid programs, even though there is some well-known research that does not support that conclusion.

Be it as it may, the lack of a single payer system (and, perhaps, other more draconian interventions in the health market that can be found in Scandinavia) does not seem to have hindered the superior progress that America's healthcare system has made in terms of life expectancy gains so far.