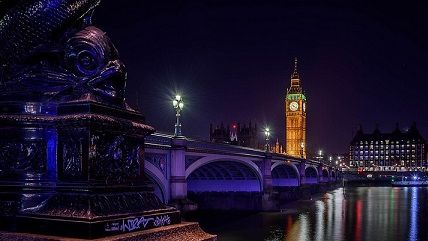 Seven people were killed and 48 were wounded in London on Saturday when three assailants ran over some pedestrians on the London Bridge then rushed to nearby Borough Market to stab several more. (Police also accidentally shot an American tourist in the head while firing at the killers, wounding him nonfatally.) It was the third Islamist terror attack in the United Kingdom this year, and at least the eighth in Europe since the January 2015 assault on the offices of Charlie Hebdo in France.

The deadliness of these attacks has not yet approached the level of terrorism seen in Europe in the early 1970s. Nevertheless, the ease with which news spreads around the world in the information age has contributed to the perception that terrorism is all around us. That perception is amplified by the decentralized nature of contemporary terrorism. Many of the attacks are said to be "inspired" by ISIS or other radical Islamist groups but, unlike larger-scale attacks such as 9/11 or the 2005 Madrid bombings, are not centrally planned.

Back in 2013, the head of Interpol suggested that widespread gun ownership could serve as a deterrent to terrorism. "Societies have to think about how they're going to approach the problem," he told ABC News after a massive assault on a shopping mall in Kenya. "One is to say we want an armed citizenry; you can see the reason for that. Another is to say the enclaves are so secure that in order to get into the soft target you're going to have to pass through extraordinary security." But the latter isn't much of a solution, since it creates a new soft target just outside the security perimeter protecting the old soft target.

Meanwhile, strict gun control laws across Europe have not prevented the use of firearms in various terrorist attacks. As Reason's J.D. Tuccille pointed out last year, in Europe terrorists arm themselves on the black market. And when there are no guns, there are knives and vehicles.

The spate of terrorism in Europe could spur conversations about individual rights and security in a decentralized world. It ought to invite reflection on the wisdom of keeping civilians disarmed in a world where it's becoming more difficult to keep arms out of the hands of highly motivated people who want to do them harms. American gun control advocates, for example, often point admiringly to Australia, which passed sweeping restrictions on guns 20 years ago. Yesterday in Australia, a gunman who said he was inspired by ISIS killed a man and took a woman hostage before being shot and killed by police.

Responsible gun ownership would be a far more effective counter-terrorism strategy for Europe than erecting a police state, and it would have the benefit of not undermining their liberal democratic system in the process.