Scott Shackford | From the June 2017 issue 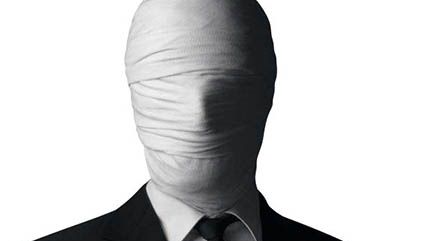 In a culture that frequently seeks scapegoats for shocking acts of violence—everything from rap music to video games to the Second Amendment—the HBO documentary Beware the Slenderman is notable for its calm analysis of how an internet-invented boogeyman led to a real-world stabbing.

Think of Slenderman as the Freddy Krueger of the new millennium. The tall, faceless, suited gentleman was first created in 2009 as part of an online photo editing contest. He quickly became a crowdsourced villain, a supernaturally creepy child snatcher who inspired stories, amateur videos, and video games.

In 2014, two 12-year-old girls in Wisconsin allegedly decided to kill a young friend to impress Slenderman. They failed, but not for lack of trying. The children lured their victim out into the woods and stabbed her 19 times.

Beware the Slenderman documents the details of the attack as well as the subsequent arrests and court cases against the two girls. It includes conversations with family members and some extremely discomfiting police interviews with the kids accused of the stabbings. They do not seem to have any real sense of the gravity of the situation. The documentary is careful to frame its storytelling in terms of the girls' mental health, and while it explores the culture and spread of Slenderman as an online phenomenon, a viewer will not be left feeling as though the fictional monster and those who brought him to "life" have been blamed.