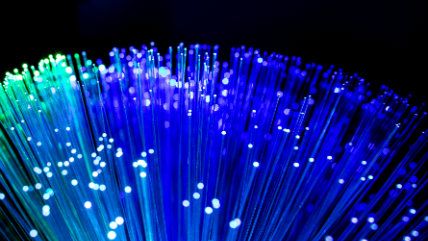 When the Minnesota city of Monticello established a municipal fiber network in 2009, the business leaders who pushed the plan projected that it would make money. Instead, the network—dubbed FiberNet—faced acute financial woes from day one, losing millions in its first years of operation and even suspending payments to bondholders in 2012. By 2014 officials had given up on the service ever being in the black, with one councilmember telling the Monticello Times, "I don't believe, at this juncture, that FiberNet will ever be a profitable entity. Just like the Monticello Community Center, baseball, soccer fields, bike paths, parks…"

Since then the government has kept FiberNet afloat by raiding funds from the city's only profitable business (a liquor store) and from the street light budget. But the service is still operating at a loss, running a $100,000 operational deficit in the last half of 2016 alone. Today the network costs $5,549 per household, or $16,875 per subscriber.

That makes it the most expensive project per capita in a new study from the University of Pennsylvania, which examined the 20 city-owned broadband networks around the country whose profitability could be gauged. (Most municipal fiber networks are run through local electrical ulitlities who only report aggregated financial data on the whole of their operations.)

Given how badly most of the networks examined in the study have failed, one can see why these utilities aren't more transparent about their costs. Eleven of the 20 are operating at a loss, and all but two will fail to pay back the costs their installation by the time the projects become obsolete.

The Taxpayer Protection Alliance Foundation has put together an interactive map of more than 200 municipal networks, color-coded for their level of indebtedness. Fourteen of these services have failed completely, while another 50 remain mired in over $1 million in debt. About half the projects on the map are colored gray, because their indebtedness levels are unclear. (In those cases, requests for public documents are in progess.)

Sometimes, as with Monticello, these networks are a wholly local initiative. But often they are spurred on by investments from the federal government. In 2009 the Obama administration established the Broadband Technology Opportunity Program, allotting $4.7 billion in grants to 277 state and local projects as part of the president's promise to bring "true broadband to every community in America."

Predictably, much of this money was squandered on needless projects, undocumented expenditures, and simple graft. A New York Times investigation found that a contractor for one of the grants ended up using federal funds to route fiber through its employees' neighborhood. $594 million of the program's funds were ultimately suspended.

Yet the dream of a city-owned broadband network won't die. In 2017, bills enabling or encouraging municipal governments to establish their own fiber networks were introduced in a several Southern states, and last year 26 communities in Colorado voted to opt out of a state-level ban on municipal broadband investment. Several of those Colorado towns are now mulling proposals for their own networks. They should take a close look at Monticello's experience before they take the plunge.