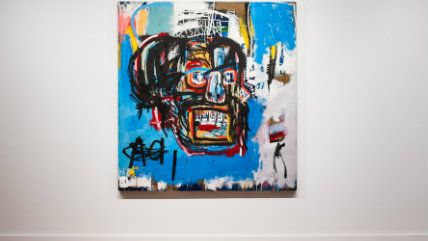 Sotheby's just sold this Basquiat 1982 masterpiece for $110 million, smashing a new auction record for the US artist to cheers and applause pic.twitter.com/dhv3TTRnPO