Brickbat: A Day at the Beach 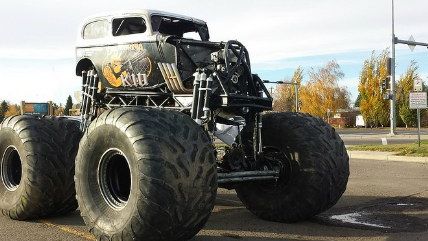 In Florida, a Miami-Dade County Parks and Recreation employee ran over three people lying on the beach at Crandon Park with his county truck. A county spokesman described the incident as "unfortunate" but said the driver was only trying to let people know the park was going to close soon.