Wanted: A High School That Starts Classes at a Reasonable Hour

The educational establishment is so brain-dead the most basic ideas rarely get a hearing. 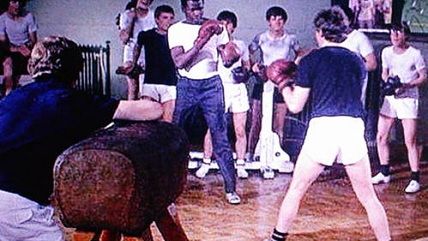 Via the Facebook page of Kendra Okonski comes a link to the 10-millionth study showing that adolescents need more sleep than regular humans, and that they are given to slow starts in the morning. One of the obvious implications of this is that kids would benefit if high school started later in the morning than it does for 99 percent of students. My own sophomore son gets up around 6:10 in order to show up at a school that gets things rolling at around 7:15 A.M.

In a new set of guidelines, the American Society of Sleep Medicine recommends that kids between the ages of 13 and 18 get eight to 10 hours of sleep a night. Which nobody does, thus compounding the hormone-challenged years with sleep deprivation. Hilarity—and crying jags, fights, depression, bad performance, etc.—ensues.

"Early school start times make it difficult for adolescents to get sufficient sleep on school nights, and chronic sleep loss among teens is associated with a host of problems, including poor school performance, increased depressive symptoms, and motor vehicle accidents," guideline author and former AASM president Dr. Nathaniel Watson said in a news release from the group.

"Starting school at 8:30 a.m. or later gives teens a better opportunity to get the sufficient sleep they need to learn and function at their highest level," he said.

For me, one of the surest signs of a state-enforced monopoly is that most schools, whether public or private, look the same and act the same. About 90 percent of K-12 students go to public schools and while charters, home schooling, and other forms of more personalized and individualized education are gaining steam and changing the status quo, the simple fact is that most kids go to schools that are not all that different than the ones I went to as a kid in the 1970s, or that my parents went to when they were growing up in the goddamned 1930s! School starts in late August or early September and lets out in late May or early June, with requisite vacations that don't take into account parental schedules or the well-observed loss of learning that takes place every summer. And schools start ridiculously early in the mornings and then let out in the mid-afternoon, for reasons that make no sense at all. Don't buy into the myth that we're prisoners of a agricultural-economy schedule, by the way. Even if that were true (and it ain't), those days have long since passed and even farmers these days don't work by an ag calendar.

I know there are schools out there that have adjusted their schedules to better edumicate teenagers. It really shouldn't be so rare, though, and I can't imagine it would be if school choice were more robust than it is. The Libertarian Moment—increasing comfort with choice and personalization that is abetted through technological and cultural innovation—has remade and improved every aspect of our commercial, professional, and personal lives. We can produce and consume all sorts of cultural expression on schedules of our choosing, we can work from home or an office, we can live with whomever we want and eat an ever-increasing array of food. And yet when it comes to legally mandated school, our kids are still getting up in the dark at a time when they are not just battling darkness but biology. That should change, and yesterday.