A quiet revolution in Myanmar 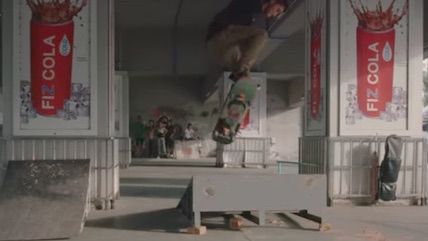 The first installment of Pop Revolution, a new web series from Freethink, looks at a dramatic transformation in Myanmar since the regime there started loosening its controls on speech and trade in 2011. The locals haven't just embraced elements of Western culture; they've transformed them, creating something that's part of the global pop landscape yet still distinctively Burmese. The episode focuses on the country's skateboarding subculture, which used to rely on illegally acquired goods and information—the video tips its agorist hat to black markets' liberatory potential—and now can operate more freely outside the shadows.

The video was written and narrated by frequent Reason contributor Thaddeus Russell; two more figures who should be familiar to Reason readers, Kmele Foster and Amanda Winkler, had a hand in the production. Enjoy:

Bonus link: Another short film about skateboarding, this one mocking the moral panics that the sport periodically inspires.