Trump, the Media, and the First 100 Days: Matt Welch on Kennedy 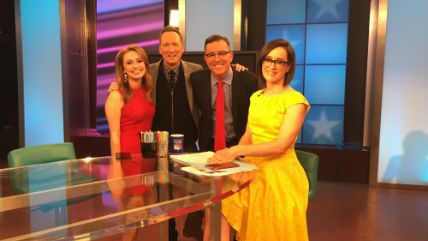 Some big news in cable TV's 8 o'clock time slot…. The terrific and successful Fox Business News program Kennedy tonight will weigh Vice President Mike Pence's claim today that President Donald Trump is "off to a great start" against a new Media Research Center study showing that 89 percent of Trump's coverage in the press has been negative. WHAT IS TRUTH?

I will be Party Paneling on this and other important questions—including but not limited to, why don't more non-Reason journalistic outlets disclose who their staffers are voting for?—along with host of the recently Fox-euthanized Red Eye Tom Shillue, and The Daily Caller's Katie Frates. ALSO ON THE PROGRAM: The beloved John Stossel, to talk about Earth Day.