As the longtime Fox host is shown the door, let's pause to remember that ever-so-brief moment when he represented something new. 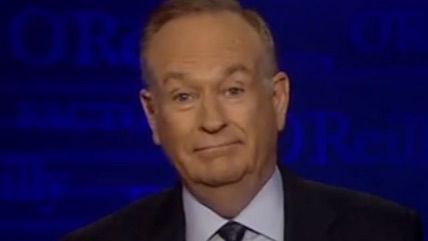 You young folks might not believe this, but there were a few months in 2000 and 2001 when Bill O'Reilly felt refreshing. It's not that the Fox News host was all that better then than now: He was already a blustering blowhard with a transparently phony man-of-the-people schtick. It's just that he's the guy who knocked Larry King Live off its ratings pedestal, and at that point Larry King was so damn tired that you can't imagine what a relief it was to have a new 800-pound gorilla in town. Besides, that changing of the guard didn't just mean that one show was drawing more viewers than another. With King dethroned, a new era of more explicitly opinionated cable news was fully underway; and as terrible as the new order could be, I still preferred it to what came before.

If anyone at CNN came close to the impossible goal of not having a point of view, it was King, if only because he had reached some ethereal state where he didn't seem to know who he was interviewing half the time. O'Reilly may have had some dumb opinions, but at least he had opinions in the first place, and at least he wasn't shy about owning them. He even had some opinions that were unusual for Fox: At various points he has opposed the death penalty, endorsed campaign finance reform, and otherwise broken with the current conservative consensus. In the cable-news environment at the turn of the century, this felt almost like authenticity.

The O'Reilly age soon felt nearly as predictable and contrived as the order it had overthrown, and O'Reilly himself quickly showed us how often he could be a bully or a fool. Fortunately, still more alternatives were on the way: The internet became a mass phenomenon, and for all its flaws the net is still a great leap forward over the cable crew. And now O'Reilly's reign is coming to a formal end: He faces multiple credible accusations of sexual harassment, and with antsy advertisers pulling out of his show Fox has decided to cancel it.

I can't say I'll miss him. But I'll remember those months, or that month—or maybe it was just a week?—when the buffoon on Fox at 8:00 represented a step forward. As Jeremy Lott once put it, "He at least used to be an interesting crank."