Virginia Postrel | From the May 2017 issue 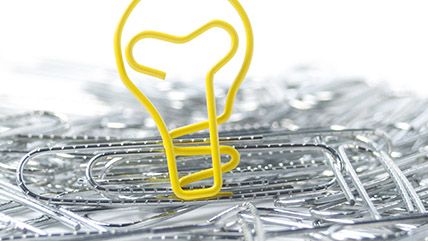 Adam Smith famously used a pin factory to illustrate the advantages of specialization, choosing this "very trifling manufacture" because the different tasks were performed under one roof: "One man draws out the wire, another straights it, a third cuts it, a fourth points it, a fifth grinds it at the top for receiving the head; to make the head requires two or three distinct operations; to put it on, is a peculiar business, to whiten the pins is another; it is even a trade by itself to put them into the paper; and the important business of making a pin is, in this manner, divided into about eighteen distinct operations, which, in some manufactories, are all performed by distinct hands, though in others the same man will sometimes perform two or three of them."

By improving workers' skills and encouraging purpose-built machinery, the division of labor leads to miraculous productivity gains. Even a small and ill-equipped manufacturer, Smith wrote in The Wealth of Nations, could boost each worker's output from a handful of pins a day to nearly 5,000.

In the early 19th century, that number jumped an order of magnitude with the introduction of American inventor John Howe's pin-making machine. It was "one of the marvels of the age, reported on in every major journal and encyclopedia of the time," writes historian of technology Steven Lubar. In 1839, the Howe factory had three machines making 24,000 pins a day—and the inventor was clamoring for pin tariffs to offset the nearly 25 percent tax that pin makers had to pay on imported brass wire, a reminder that punitive tariffs hurt domestic manufacturers as well as consumers.

"Considering the great quantity and value of pins used in this country—and their importance as an article of general use, and convenience, if not of necessity," Howe wrote, "it would seem reasonable that encouragement should be given to an attempt to manufacture them; or at least that no obstacle arising out of the past legislation of our government, should be allowed to remain in the way of such an undertaking."

So what happened to all those pins?

Nowadays, we think of straight pins as sewing supplies. But they weren't always a specialty product. In Smith's time and for a century after, pins were a multipurpose fastening technology. Straight pins functioned as buttons, snaps, hooks and eyes, safety pins, zippers, and Velcro. They closed ladies' bodices, secured men's neckerchiefs, and held on babies' diapers. A prudent 19th century woman always kept a supply at hand, leading a Chicago Tribune writer to opine that the practice encouraged poor workmanship in women's clothes: "The greatest scorner of woman is the maker of the readymade, who would not dare to sew on masculine buttons with but a single thread, yet will be content to give the feminine hook and eye but a promise of fixedness, trusting to the pin to do the rest."

Most significantly, pins fastened paper. Before Scotch tape or command-v, authors including Jane Austen used them to cut and paste manuscript revisions. The Bodleian Library in Oxford maintains an inventory of "dated and datable pins" removed from manuscripts going as far back as 1617.

Pin sales grew along with record-keeping and bureaucracy—the unfairly derided systems necessary to operate an enterprise of any scale. "The expanded market for pins came from expanded uses in business and administrative record-keeping, as well as in clothing," says economic historian Beverly Lemire. Before paper clips or staples, pins gave businesses an inexpensive, unobtrusive way to keep pieces of paper together. Compared to ribbons or cords that required holes or sealing wax, they marked a major advance.

"My guess would be that the expansion of great trading companies—like the East India Company—as well as the multiplication of shops and shopkeepers were a big part of the demand for pins," Lemire says. "Bank pins," as they were called in the trade, allowed organizations of all sizes to keep together orders and invoices, letters and replies. They were an essential office supply.

In 1895, the DeLong Hook & Eye Company, better known for its sewing notions, effectively used direct mail to add office customers to its traditional base. One of its sales letters paints a picture of the role of pins in office life, describing a bookkeeper who tried to stick a "pin through some papers. He pushed and pushed and pushed, biting his lips as he pushed. The pin finally did a flip-flop and landed in his fingers. He said things that caused the demure little girl at the next desk to look up with a start."

The letter then pulled back to show the bigger picture: "This very thing happens in lots and lots of offices every day. And—pins with bent points, blunt points, rusty points and no points at all are at the bottom of the trouble." The solution, of course, was to buy DeLong's rust-proof brass bank pins, with their "long, tapering points and short, sharp stickers." The company enclosed a sample.

But a better solution was on its way. In 1899, an inventor in the pin-making capital of Waterbury, Connecticut, patented a "machine for making paper clips." William Middlebrook's patent application, observed Henry Petroski in The Evolution of Useful Things, "showed a perfectly proportioned Gem."

It was that paper clip design that conquered the office and consigned pins to their current home in the sewing basket.

Virginia Postrel is a columnist for Bloomberg Opinion. Her new book, The Fabric of Civilization: How Textiles Made the World (Basic Books) will be published in November.