The Mississippi catfish cartel vs. the Chesapeake invader-eaters 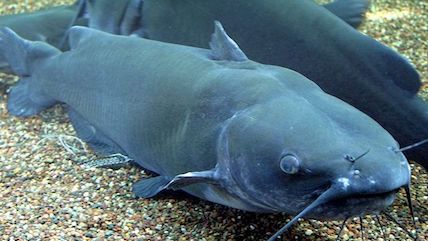 All seafood sold commercially in the United States is subject to inspection by the Food and Drug Administration. As of September, catfish will be inspected instead by the U.S. Department of Agriculture, a more laborious and costly process. That's because catfish, unlike other fish, is now classified as "meat" for regulatory purposes. And it is classified as meat because the Mississippi catfish industry doesn't like to compete with Vietnamese imports. The revised rule is a thinly disguised trade barrier brought to you by Sen. Thad Cochran (R-Miss.).

We've noted this pending change a couple of times at Reason already; I'm bringing it up again because the Chesapeake Bay Journal's Rona Kobell (*) has just published a piece on what the switch will mean for the Chesapeake's catfish catchers. Catfish weren't introduced to the bay until the 1970s, and like many invasive species they've made a nuisance of themselves, gobbling up valuable crabs and menhaden. So when a local catfish industry emerged, it was a triple benefit: It meant work for fishermen and processors, it meant food for people who prefer wild catfish to the farm-raised Mississippi product, and it meant less of an invasive species. With the new regulatory burden, it's unclear how much of that will continue:

Tim Shugrue, vice president of Congressional Seafood, said his company processes fish 16 hours every day, twice the workday length of USDA inspectors. To get an inspector on Saturdays, he said, will cost him $70 an hour, and fresh fish can't wait to be cut until Monday.

"Many businesses will opt out of selling this invasive species rather than deal with the bureaucratic red tape," Shugrue said, adding, "the premise of this regulation is a joke—this is being done under the guise of food safety—that somehow wild blue cat represent some grave danger to the public over and above all other seafood."

To read the rest, go here.

(* Full disclosure: We're married. Try not to hold her questionable taste in men against her.)